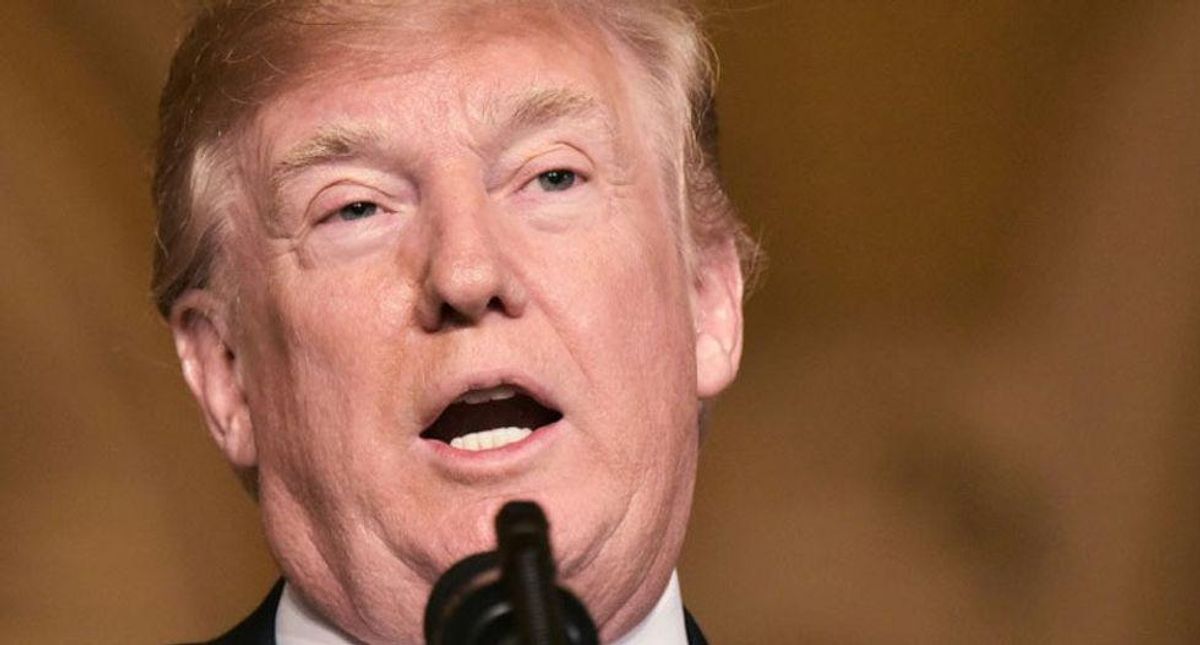 According to a report from the Daily Beast, Donald Trump's attacks on President Joe Biden over the withdrawal from Afghanistan -- where he continually cites the deaths of U.S. military personnel due to a suicide bomber -- is infuriating Gold Star families who want him to quit using military deaths as a political football.

The report from the Beast's Jose Pagliery and Asawin Suebsaeng notes that this is not the first time that the former president has drawn the ire of families who lost loved ones while serving their country but what has made his latest attacks conspicuously bad this time is that he is fundraising off the deaths while taking shots at the commander in chief.

In a recent statement, Trump thanked the parents by name who lost children in the bomb attack -- but those statements link to the fundraising arm of his post-presidency operation.

In interviews with the Beast, some members of Gold Star families admitted that his use of the deaths makes some uncomfortable, with others calling his antics "gross" and "disgusting."

"The Daily Beast spoke to nine people who have lost loved ones during the Global War on Terror over the last two decades. Nearly all expressed extreme distaste for what they considered Trump's opportunism—and shared concern about the vulnerability of these newly grieving parents and siblings who have just joined the tight-knit community of 'Gold Star families' who have lost an immediate family member in military service," the Beast is reporting.

Asked about Trump's attacks, Derek Davey, whose son Seamus served in the Marines and died in Iraq in 2005, admitted, "It's reprehensible. It follows along with what he did as president, his pattern of using anything, anybody, to his own personal benefit."

He then added, "He was always the flag-waver, but the things he said, he did… he's had very little regard for Gold Star families and those who've lost their lives in the line of duty. I think it's notable he's only mentioning the ones who support him."

Regarding one mother who lost a child in the attack and was cited by Trump after she complained about Biden, Seana Arrechaga stated, "She had every right to feel however she feels. I do agree with that. But to use it as a campaign tactic, to me it feels dirty. I am disgusted by it. Absolutely disgusted by it."