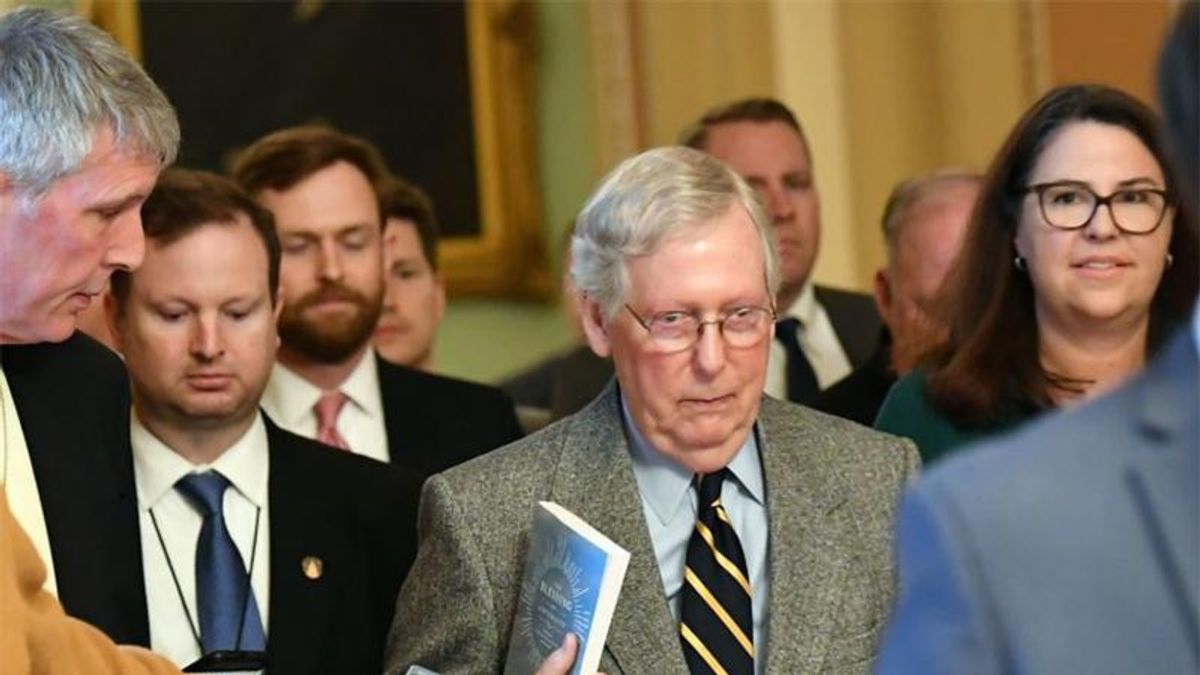 According to a report from USA Today, Republican senators are finding they have been put into a box by the impeachment trial of Donald Trump -- on one hand not wanting to anger the ex-president and on the other hurting their chances of being re-elected in states that are not deeply conservative.

Although 45 GOP senators voted to dismiss the articles of impeachment on Tuesday, calling them unconstitutional, they may find themselves in another place after Democrats lay out their case that the ex-president committed sedition on Jan. 6th before the Capitol riot.

While a Trump conviction could lead to the former president banned from running for office again, a Republican ruling against the president could also find themselves on the outside looking in if the president turns his fans on them.

"Republicans are already fighting about whether to move past Trump by convicting him – and blocking him from seeking office again – or keep faith with the former president and his large base of voters ahead of elections in 2022 and 2024," USA Today reports before adding, "Secluded in his Mar-a-Lago estate in Palm Beach, Fla., Trump has made clear he expects Senate Republicans to defend him and vote for acquittal."

The other box GOP Senators find themselves in is internal bickering within the party that could lead to a civil war if some senators vote to convict Trump in the hopes him of getting him out of the way as the party tries to rebuild.

"As House impeachment prosecutors prepare to turn the Senate chamber into a courtroom, the internal Republican battle over support for Trump is already on public display," the report states. "As the House voted to impeach, Senate Republican Minority Leader Mitch McConnell of Kentucky let it be known he didn't mind if Trump face charges, " which led to a shot from Sen. Lindsey Graham (R-SC) who complained McConnell is "giving some legitimacy to this impeachment process that I think is wrong."

Other Republicans argue that Trump continues to "drag down the party," and points to the loss of two GOP Senate in Georgia that flipped -- in part because of the ex-president's pre-runoff shenanigans.

As Jessica Taylor of the Cook Political Report succinctly put it, "You have a divided party right now."