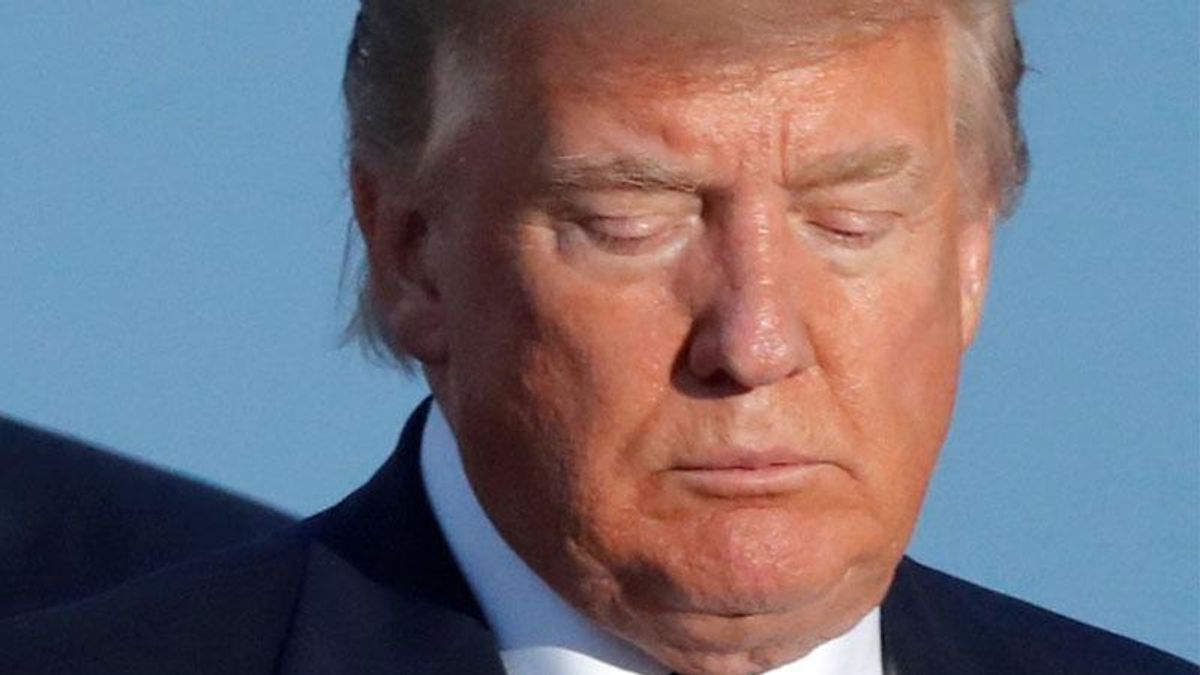 Just hours after Democratic House impeachment managers on Thursday called upon Donald Trump to provide testimony under oath about his actions on January 6—the day that a mob of his inflamed supporters launched a deadly attack on the U.S. Capitol—the former president defiantly declined to testify at his impending Senate trial.

"We are in receipt of your latest public relations stunt," wrote Trump attorneys Bruce Castor and David Schoen in a letter to Rep. Jamie Raskin (D-Md.), the lead impeachment manager. "You cannot prove your allegations against the 45th president of the United States, who is now a private citizen."

"The use of our Constitution to bring a purported impeachment proceeding is much too serious to try to play these games," the letter added.

Earlier Thursday, Raskin had sent a letter of his own to Trump and his attorneys accusing the former president of denying "many factual allegations set forth in the article of impeachment" and warning that the managers "reserve any and all rights, including the right to establish at trial that your refusal to testify supports a strong adverse inference regarding your actions (and inaction) on January 6, 2021."

On January 13, the House impeached Trump for a historic second time for inciting the Capitol attack.

House impeachment managers on Tuesday filed a pretrial memo laying out their case for convicting Trump, whom they said bears "singular responsibility" for inciting the murderous mob.

Instead of accepting defeat, the brief says, Trump "summoned a mob to Washington, exhorted them into a frenzy, and aimed them like a loaded cannon down Pennsylvania Avenue."

The Senate should subpoena Trump. His testimony is highly relevant. If he refuses to appear, the Senate can consi… https://t.co/4gCNj9Q801
— Renato Mariotti (@Renato Mariotti)1612473653.0

Trump won't testify because he is a coward and also because there is no question he would incriminate himself. If h… https://t.co/l2mMvax4vE
— Jennifer Hayden (@Jennifer Hayden)1612475626.0

Oral arguments in Trump's Senate impeachment trial are set to begin on February 9.