'How dare you!' Trump lawyer goes on bizarre self-pitying rant at Senate trial 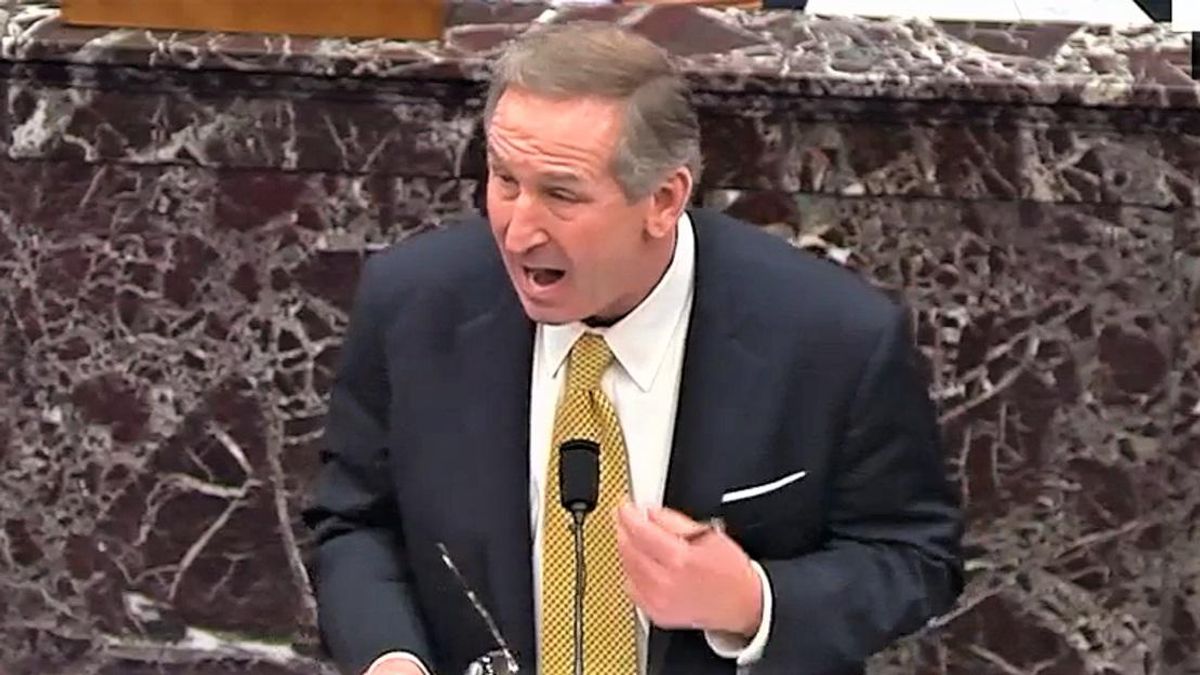 A Trump impeachment lawyer on Friday went on a self-pitying rant in which he accused a group of legal scholars of trying to ruin his livelihood.

Attorney Michael T. van der Veen, a longtime personal injury lawyer who was recruited to defend former President Donald Trump at his second impeachment trial, attacked a group of academics who had called his first amendment defense of Trump's incitement of an insurrection at the United States Capitol building "frivolous."

"Whenever a lawyer advances a truly frivolous argument, they may violate professional, ethical rules and could be subject to discipline!" he ranted "This letter is a direct threat to my law license, my career, and my family's financial well-being. These law professors should be ashamed of themselves and so should the house managers!"

The Trump attorney was just getting warmed up, however.

"How dare you?" he thundered. "Do you really hate Donald Trump so much that you're willing to destroy good, hard-working people's lives, people that are only doing their jobs, and frankly, as counsel for an accused fulfilling a constitutional role? It's astounding, reallyI I'm a citizen, not a politician! I know these first amendment arguments are not anywhere close to frivolous, they are completely meritorious!"