As many as ten GOP senators could be leaning towards convicting Trump: report 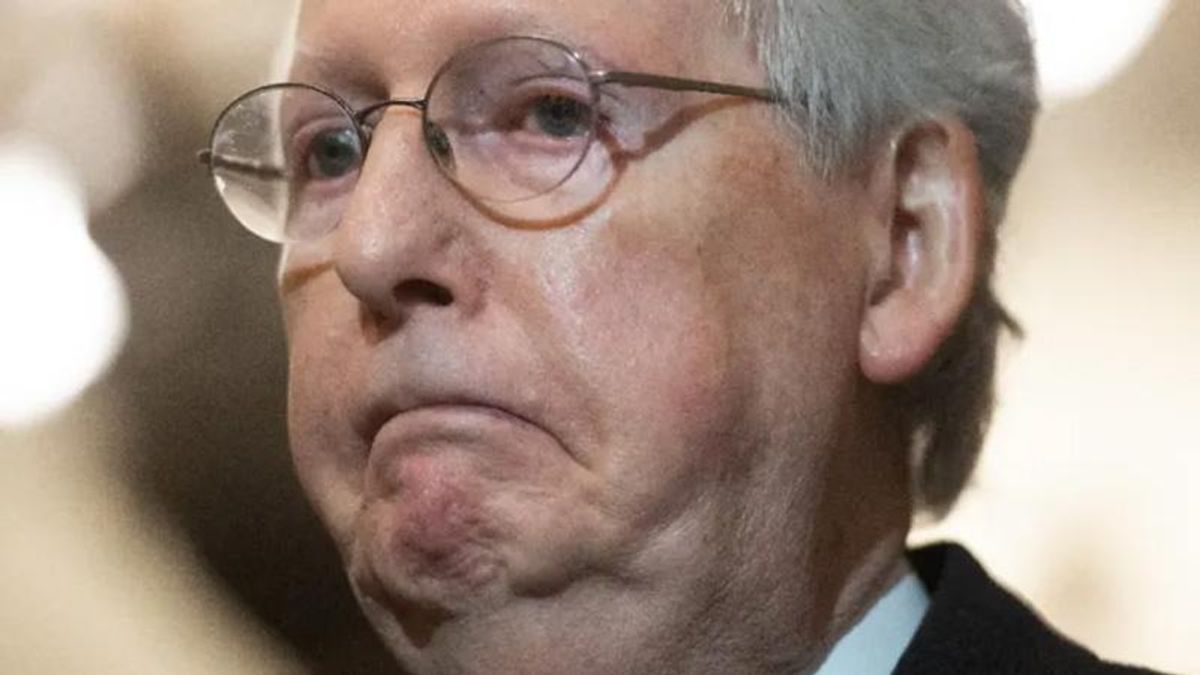 According to a report from Politico, as many as ten Republican senators could be leaning towards convicting Donald Trump in his impeachment trial as it moves into what is expected to be its final day.

While several GOP lawmakers have been giving overt signs that they feel the Democratic impeachment managers have made a compelling case against the former president, there appears to be a few more who are considering their options and what political fallout they might face with a guilty vote.

The Politico report states, "As the Trump defense made its argument on Friday, Republicans privately estimated between 5 and 10 of their senators are seriously weighing conviction. There's no official whip count, and the matter is not being discussed at party meetings, leaving many in the 50-member conference to only guess at their colleague's inclinations."

What could lead more Republicans to go against Trump may well hang on a decision to call witnesses after a report that came out Friday night that showed that the ex-president was well aware the lawmakers were in danger after speaking with Rep. Kevin McCarthy (R-CA).

With Politico reporting, "at the moment there's an outside chance that one or more GOP senators could deliver Washington a dramatic last-act twist as the Senate prepares to vote as early as Saturday," Sen. Kevin Cramer (R-ND) attempted to quash rumors of growing opposition to letting Trump walk by stating, "I could see it as possible. I certainly don't know how many there could be. Certainly not enough for conviction."

"GOP Sens. Susan Collins of Maine, Mitt Romney of Utah, Ben Sasse of Nebraska, Pat Toomey of Pennsylvania, Cassidy and Murkowski are all on record deeming the trial constitutional, making them the base of Republicans considering conviction. Cassidy changed his opinion on constitutionality since last month, saying the House Democrats made an effective presentation," the report states. "In addition, Sens. Rob Portman of Ohio and Richard Burr of North Carolina are being watched closely by their colleagues. Both are retiring next year, along with Toomey — in theory relieving them of political considerations."