Republican warned of ‘Charlottesville in DC’ before insurrection: ‘All the indicators are there’ 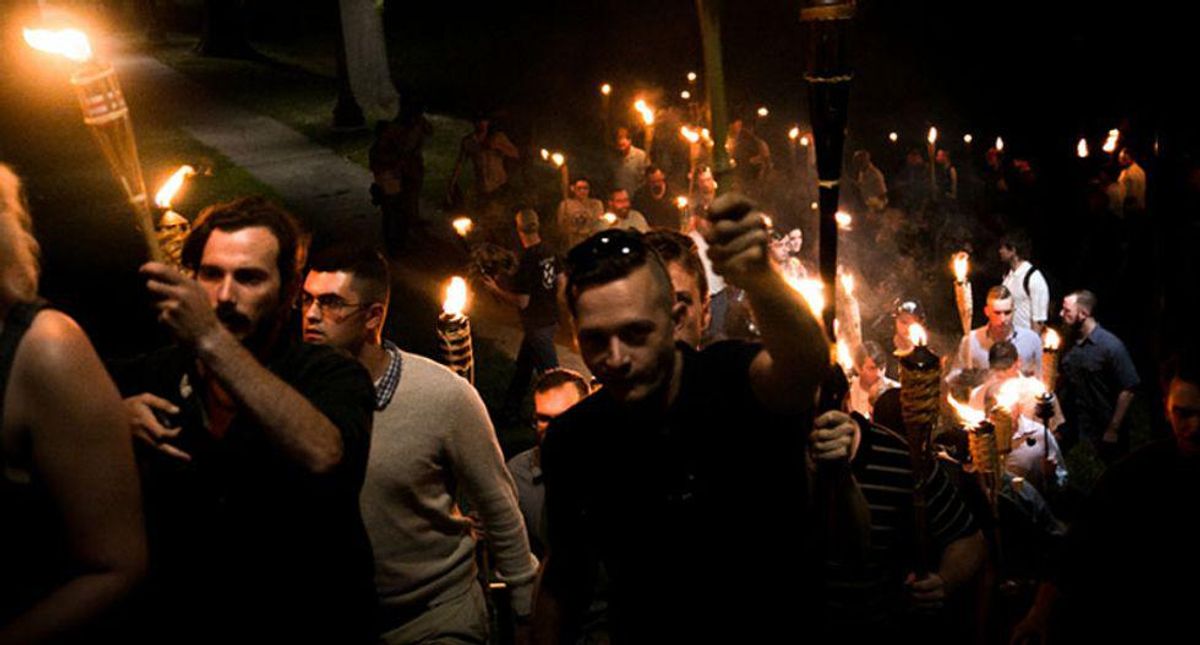 In 2017, the "Unite the Right" rally held in Charlottesville, Virginia resulted in the conviction of James Alex Fields, Jr. for the murder of Heather Heyer. Donald Trump said there were "very fine people on both sides."

In 2021, the "Stop the Steal" rally held in Washington, DC resulted in the violent insurrection at the US Capitol. Trump called the insurrections "very special" people and said "we love you."

One Republican drew the parallels between to two violent far-right events on the day before the January 6th insurrection.

Denver Riggleman, the former intelligence professional who had served in Congress until two days earlier, made a public warning about the rally by Trump supporters seeking to overturn the election results.

"My fear, from years of mil intel experience, is this: How does this coalition of the insane react tomorrow if it looks like the Dems won GA?" he asked, referring to the two runoff elections for U.S. Senate that Democrats did win, giving them control of the body after Kamala Harris was sworn in.

"The call to revolt is based on dehumanizing theories & messianic themes. It's merging into a conspiracy sticky bomb with a short fuse," he noted.

"All the indicators are there. A "Charlottesville" in DC could be catastrophic," Riggleman warned.

Below is the thread to which Riggleman was replying.

Congrats to everyone in politics and media who signed on to this totally sane and hinged effort, completely tethere… https://t.co/l26A4K7BZb
— Jake Tapper (@Jake Tapper) 1609894240.0