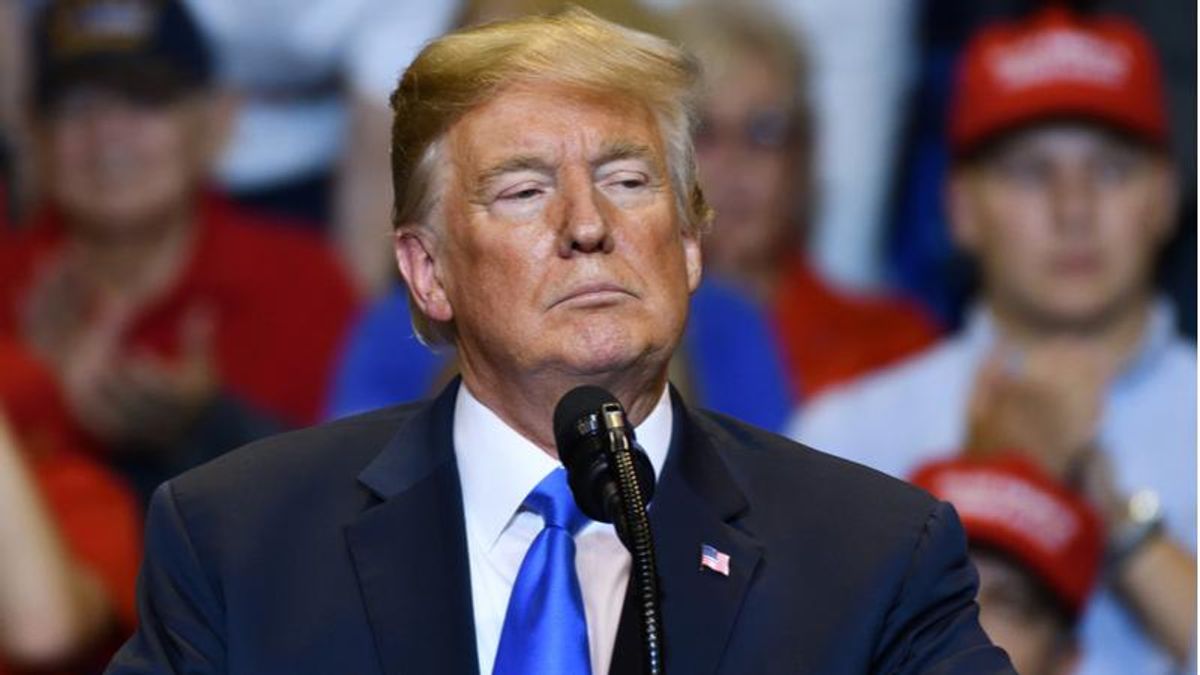 Back in August, however, van der Veen's name had appeared on a document strikingly different in nature. According to The Philadelphia Inquirer, van der Veen sued Trump, the U.S. Postal Service, and Postmaster General Louis DeJoy on behalf of their independent client, Melvin Johnakin.

Taking aim at Trump's moves to delegitimize the election system, the lawsuit's complaint stated: "These actions...arise in an environment subject to repeated claims by President Donald J. Trump that voting by mail is ripe with fraud, despite having no evidence in support of these claims, and lawsuits filed by the Trump campaign to stop mail-in voting in states such as Nevada and Pennsylvania."

The suit accused the Postal Service –– and namely Postmaster General DeJoy –– of instituting a series of operational changes that undercut the Postal Service's ability to process mail-in-ballots. These changes included "reducing staff hours, prohibiting overtime, removing hundreds of high-volume mail-processing machines from facilities across the country and removing mailboxes in urban areas with high concentrations of minority, low income and Democratic voters."

Van der Veen, who tarred Postmaster General DeJoy in the suit as a "Republican Party and Trump campaign megadonor," had reportedly circulated an email to Pennsylvania voters arguing that state Republicans were "running a campaign to unfairly and illegally intimidate voters."

Another email of van der Veen's emphasized Trump's corrosive influence on the integrity of the election system. "Donald Trump doesn't want you to be able to vote," he claimed, "It's time to stand up for what's right."

Interestingly, van der Veen's website continues to advertise itself in the spirit of last summer's lawsuit. "To exercise the fundamental right to vote," it reads, "many voters have and will utilize all available means to vote by mail rather than in person at a polling place. Advanced planning and proactive measures will be necessary to ensure that voters have sufficient access to vote by mail to preserve and protect the essential right to vote and prevent large-scale disenfranchisement."

A past client of van der Veen, Justin Hiemstra, told The Philadelphia Inquirer that the Philadelphia-based lawyer had regarded Trump as a "f***ing crook" two years ago, a charge the attorney strongly denied. "He definitely came off as fairly anti-Trump in the context that I knew him," Hiemstra insisted.

Rep. Mary Gay Scanlon, D-PA, casted doubt on whether Trump even knows van der Veen opposed him. "...Since he generally demands total loyalty," Scanlon noted, "It does seem a little out of character for the former president to embrace someone who so recently sued him."

Gov. Andrew Cuomo (D-NY) on Wednesday rejected calls for his resignation after three woman accused him of unwanted advances.

During his first press conference in weeks, Cuomo addressed the allegations against him and promised to learn from the experience.

A Michigan man who displayed a white supremacist Ku Klux Klan flag facing his Black neighbor's home committed a "despicable" act but not a crime, the county prosecutor said.

"Unfortunately" no charges could be filed against the 31-year-old white man, who was not publicly identified by the authorities, Wayne County prosecutor Kym Worthy said Tuesday.