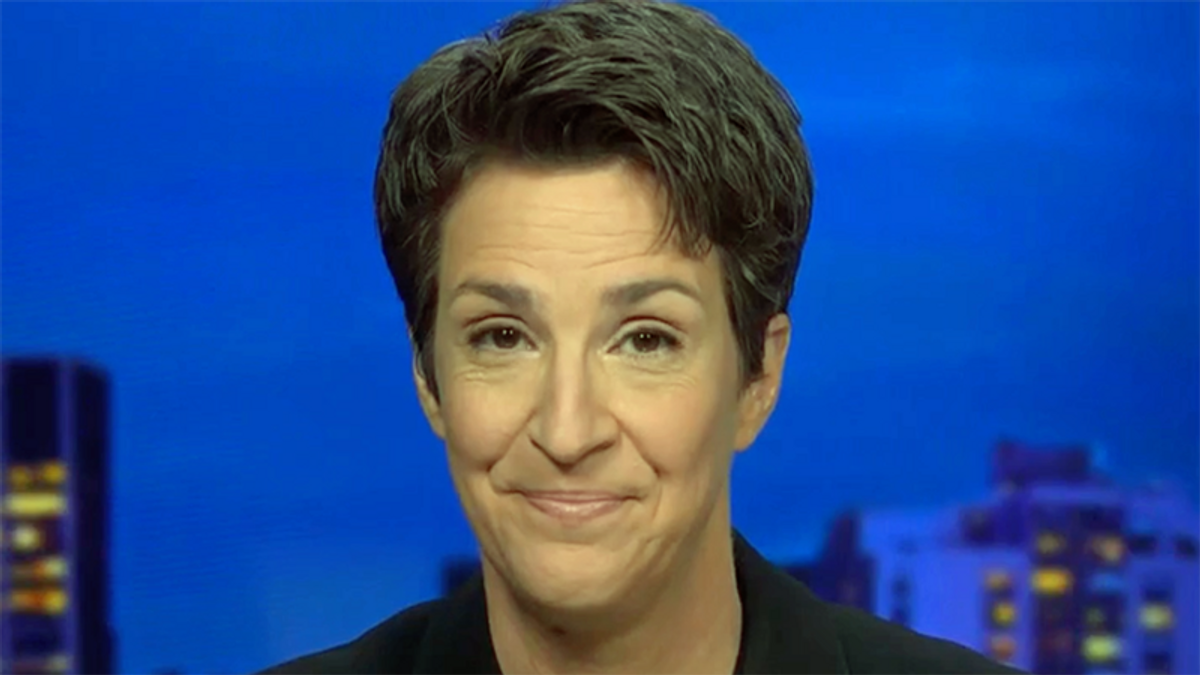 MSNBC anchor Rachel Maddow on Friday struggled to explain the Republican Party's insistence on bending their knees to former President Donald Trump at his Mar-a-Lago resort in Florida.

"Did you ever see 'Animal House'?" Maddow asked. "Even if you haven't seen it, there's a disturbing, iconic, very memorable scene in 'Animal House' where they're hazing new recruits for the frat, and they've got like a paddle and wailing away hitting this guy, and every time they hit him he says, 'thank you sir may i have another?'"

Maddow explained how Republicans were like the fraternity pledge who keeps on begging for more abuse.

She went through the latest salvos in the battle between Donald Trump and the Republican Party for control of GOP finances.

"Thank you sir, may we have another? I mean this is some masochistic stuff right here. Do you guys have a safe word? Might want to employ it at some point," she suggested. "Going to hear the Republican Party in the corner going 'avocado!'"