Capitol invasion was a desperate stand for the white privilege slipping away from Trump supporters: columnist 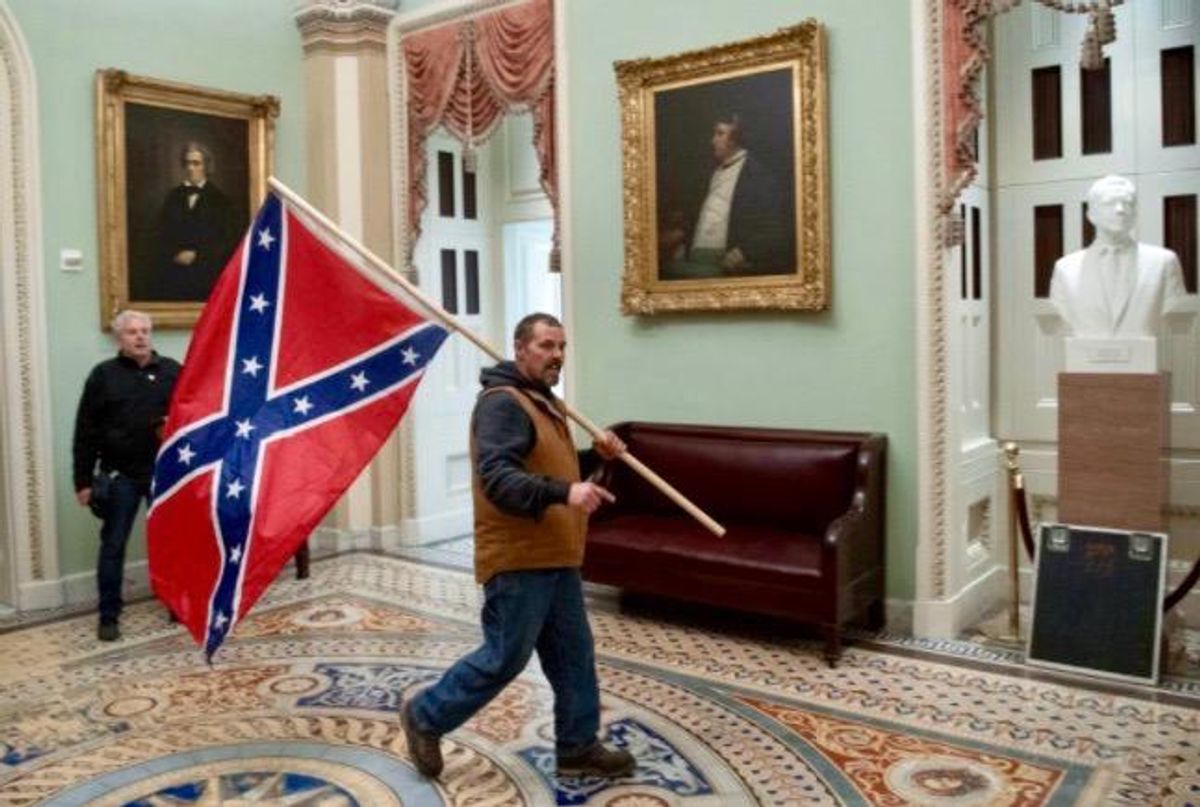 On Thursday, writing for Vanity Fair, columnist Jimmie Briggs highlighted how the assault on the U.S. Capitol represents the ongoing racial divide — and how the pro-Trump rioters made a desperate stand to preserve the white privilege they feel slipping from them.

"Televised scenes showed thousands of Donald Trump-supporting rioters and criminals, largely white and typically mask-less, descending on the nation's largely Black capital," wrote Briggs. "Nevertheless, despite the mobsters' extraordinary disregard for the rule of law, for agents of law enforcement, and for social norms regarding government, government property, and government processes, a near-mythical graciousness was shown to the insurrectionists. They were allowed in after the fences were breached. And they were free to wantonly roam the United States House and Senate hallways, entering offices, intimidating elected officials and their staffers, and taking a selfie on a cell phone, at times with willing Capitol Police."

All of this, however, is juxtaposed against the Democratic Senate wins in Georgia, wrote Briggs. The shattering of Mitch McConnell's Senate majority by a young, Jewish former staffer to the late civil rights icon John Lewis, and the Black pastor of Dr. Martin Luther King's church, cast the actions of Trump's supporters in a different light.

"The victories in Georgia — the result of a record turnout among voters across the spectrum — proved that white Americans are actually reckoning with themselves and their fears of diminished power, of lost privilege, of their having to share their space and primacy in the American narrative," wrote Briggs. "The lies they'd told themselves, and that have been passed down from generation to generation — that their humanity was more important than the dignity of their supposed lessers — is coming into clear view with every act, statement of coded rhetoric, and cynical policy intended to protect whiteness."

"The scores of Black (especially Black women), Asian, Latino, Native, and white American voters who recognized the merit of Warnock's and Ossoff's qualifications and visions saw through the lie of whiteness," concluded Briggs. "Little by little, despite the lack of troops in blue and green today, we are beginning, all of us, to see in color."