Trump's 9/11 antics provide clues as to how he'll run his 2024 campaign: CNN analyst 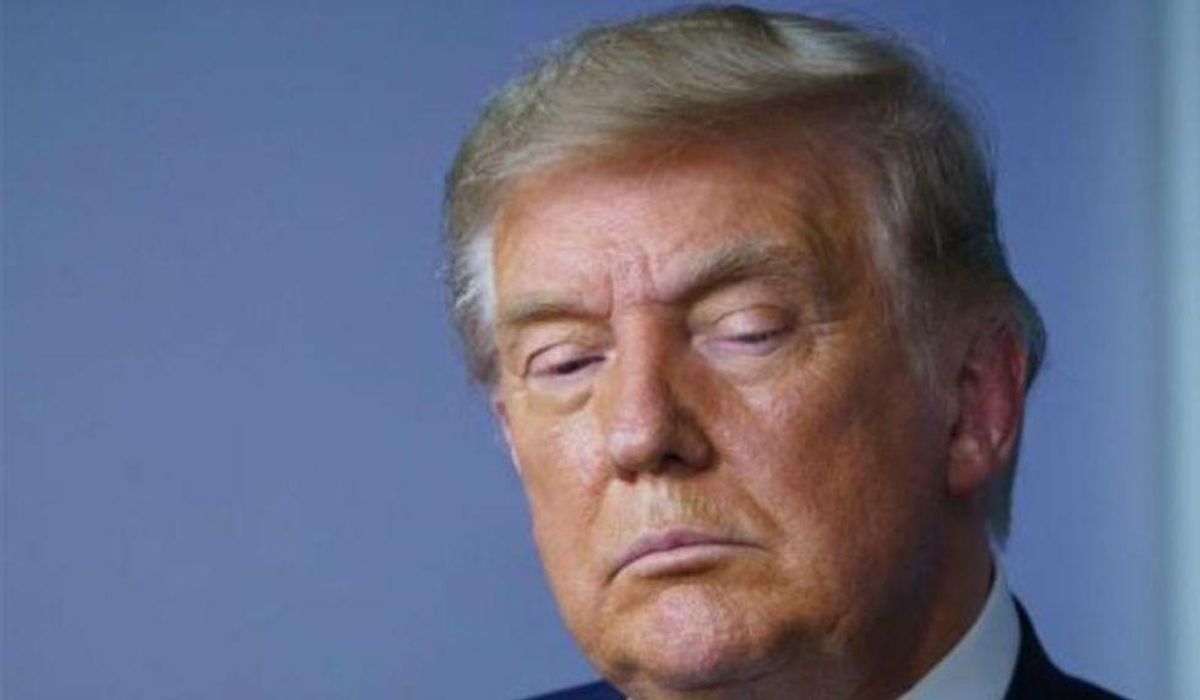 Reporting for CNN, political Analyst Stephen Collinson wrote that, for anyone looking to understand what kind of presidential campaign Donald Trump would run in 2024, one need only look at how he conducted himself over the past weekend when the rest of the country was mourning the 20th anniversary of the 9/11 terrorist attack on America.

The CNN analyst contrasted Trump's appearance with New York City firefighters and cops at the Manhattan 17th precinct headquarters -- where he spent more time airing his grievances than talking about the victims -- with President Joe Biden's somber comments at various memorials throughout the day.

With that in mind, Collinson said that Trump has likely abandoned a campaign based upon racial resentments among white people that helped propel him to the Oval Office in 2016, and is moving on to resentment against the elites he is encouraging his followers to believe were behind stealing the election from him and, by extension, from them.

"His victimization of Mexican and Muslim immigrants in that [2016] campaign played on a fear of outsiders. Some Democrats believe his win was also born from a racist backlash to the country's first Black commander-in-chief that benefited from his racist and false accusations about ex-President Barack Obama's birthplace," Collinson explained. "Already, what looks like a new attempt by Trump to reclaim the White House is shaping up as an even more sinister affair, not least because a twice-impeached President who already incited an insurrection and tried to subvert US democracy to stay in office would be seeking to regain the awesome powers of the presidency."

Writing, "Trump did visit police officers and firefighters in New York City on Saturday after being criticized for avoiding national observances and for later moonlighting as a commentator at a boxing match. But even then he could not risk political digs, boasting about his previous campaign and his administration, lying that the election in 2020 was "rigged" and delivering a broad hint that he would mount another presidential campaign," the analyst suggested. " Trump is still seeking to co-opt it, not just with his lies about election fraud that have convinced millions of people but also in its continued weaponization of race. His attacks on the integrity of the 2020 election have left millions of his supporters believing a general election that even Trump's own Justice Department said did not contain serious corruption was stolen. This is not only a grave threat to faith in the US political system, it is an important part of what it means to be a Republican in 2021."

According to the analyst, Trump will continue to "weaponize" the country's grief in an effort to undercut b Biden, despite the fact that he was a major contributor to the country's problems -- including the Covid-91 pandemic that had its genesis during his administration.

"In normal circumstances, it would be more than appropriate for a former President to comfort those mourning the fallen. But Trump has done it in politicized statements that leave the impression that he is exploiting their grief," Collinson wrote before predicting, "This adds to a growing impression -- evident in his mismanagement of the pandemic when he trashed public health advice and throughout his presidency -- that there is nothing that the former President will not do in support of his personal goals, including in a possible new bid for the White House."

Biden is already breaking the pledge from his United Nations speech

President Joe Biden in his recent address at the United Nations announced that the United States will "lead" the world on "human dignity and human rights." If the scenes from the southern border are anything to go by, the reality as it stands is the polar opposite.

It's not just that America's racist past has yet to be accounted for. The past has a direct correlation to the present. In the same way that local police departments have roots in slave catching, in every aspect of state authority imaginable, racism festers. The United Nations recognizes this, and so do countless others around the world.

Republican US Senator Grassley, 88, to see re-election in Iowa

WASHINGTON (Reuters) - U.S. Senator Chuck Grassley on Friday said he will seek another term in next year's congressional election, boosting the party's chances of holding onto his seat amid a closely divided chamber.

Grassley, the oldest Republican senator and the longest-serving Iowa senator, has also helped shepherd conservatives into the federal judiciary, including the U.S. Supreme Court.

Jacob Fischler, Florida Phoenix
Flight attendants have been subject to unprecedented harassment over masks and more during the pandemic, and a U.S. House panel on Thursday heard the raw details of those “air rage" incidents.

While there are no hard data, the leader of the flight attendants' union said the most aggression appears to occur in Southern states where there's been pushback against mask mandates.

Teddy Andrews, an attendant based in Charlotte, N.C., for American Airlines, told the U.S. House Transportation and Infrastructure Aviation Subcommittee he had “lost count" of the number of times he'd been insulted. But he related one incident in particular that made him “question [his] career choice."