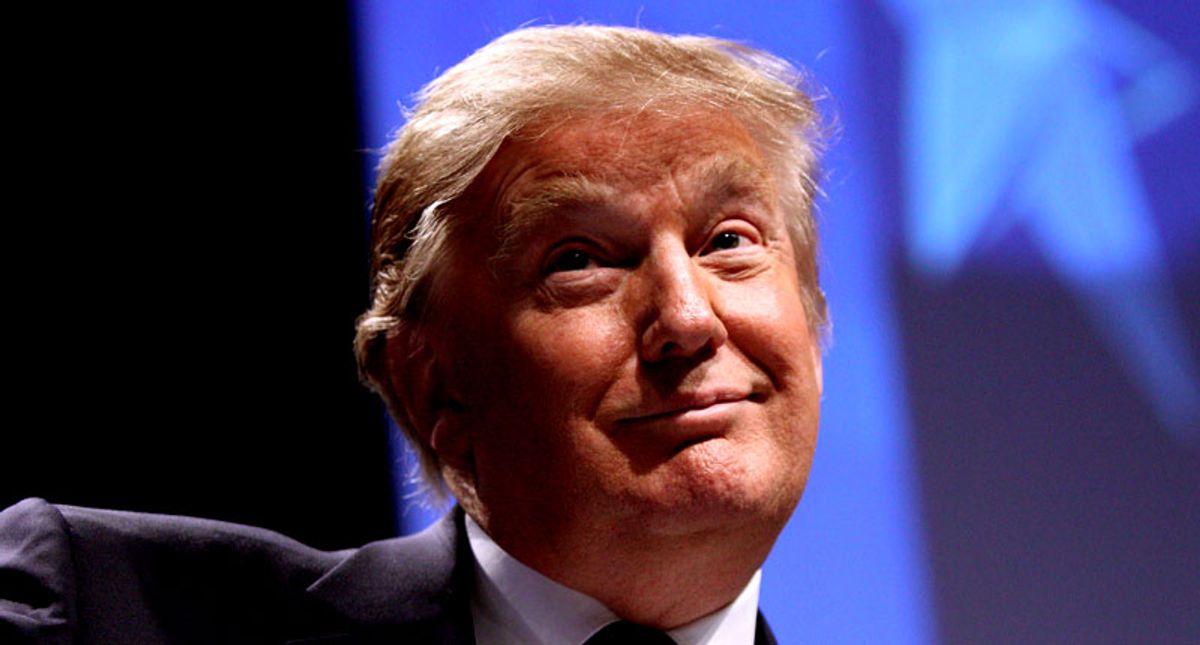 "The Democrats were the trailblazers on the obnoxious online fundraising," Miller says in his video. "They love bombarding supporters with pushy messages of doom: Kiss any hope, goodbye! We're desperate! Love Me! Give us money now! But during the Trump years, the corporate donations that used to fund the Republicans started to dry up. So, the GOP copied the Dem's tactics, but made it skeevier. You can always count on the Trump brand for a good scam."

Miller goes into specifics about a Trump campaign fundraising "scam," drawing on New York Times reporting about GOP donors who wanted to make a single donation but were slammed with recurring payments instead.

"When new Trump donors signed up," Miller explains in his video, "the campaign would leave a fine print disclaimer pre-checked which committed people to making that donation every month. As a result, hundreds of thousands of Trump supporters contributed money they didn't mean to. Stacey Blatt, a 63-year-old with cancer, said his utility and rent payments bounced — and he wasn't alone. Banks got so many complaints about fraudulent charges from the Trump campaign that they had to refund $122 million back to supporters after the election. 122 million!"

Republicans in Congress saw that, and their response was, "Hold my hemlock". What they were doing was even more sus than Trump. Here's how it worked: They sent a text message asking people if they wanted to sign up for Trump's new social network. (Which, by the way, doesn't exist.) When you put in money to sign up, there were two pre-checked boxes. The first makes your contribution monthly. And it says, if you uncheck it, they'll tell Trump that you're a defector. The next doubles your contribution and says if you uncheck it that you've abandoned Trump. Getting out of this window is harder than canceling an Equinox membership.
These schemes prey on older voters, people who aren't tech savvy, and gullible Trump supporters.

The boom in small donations, Miller complains, is "empowering the most extreme politicians in both parties, but especially on the right."

One of the problems with Democratic small-dollar fundraising, Miller argues, is that liberal donors are being given false hope in deep-red states.

"On the left, it's resulting in viral candidates, with no hope of winning, taking money that could be better used elsewhere," Miller argues. "Last cycle, Amy McGrath and Jamie Harrison raised $200 million, half the GDP of Micronesia. And they both got crushed! They used cherry-picked polling to lure in liberals who were salivating at the possibility of beating Mitch McConnell and Lindsey Graham, even though it was never gonna happen."

Not My Party Episode 209 | WE'RE DOOMED send us money www.youtube.com