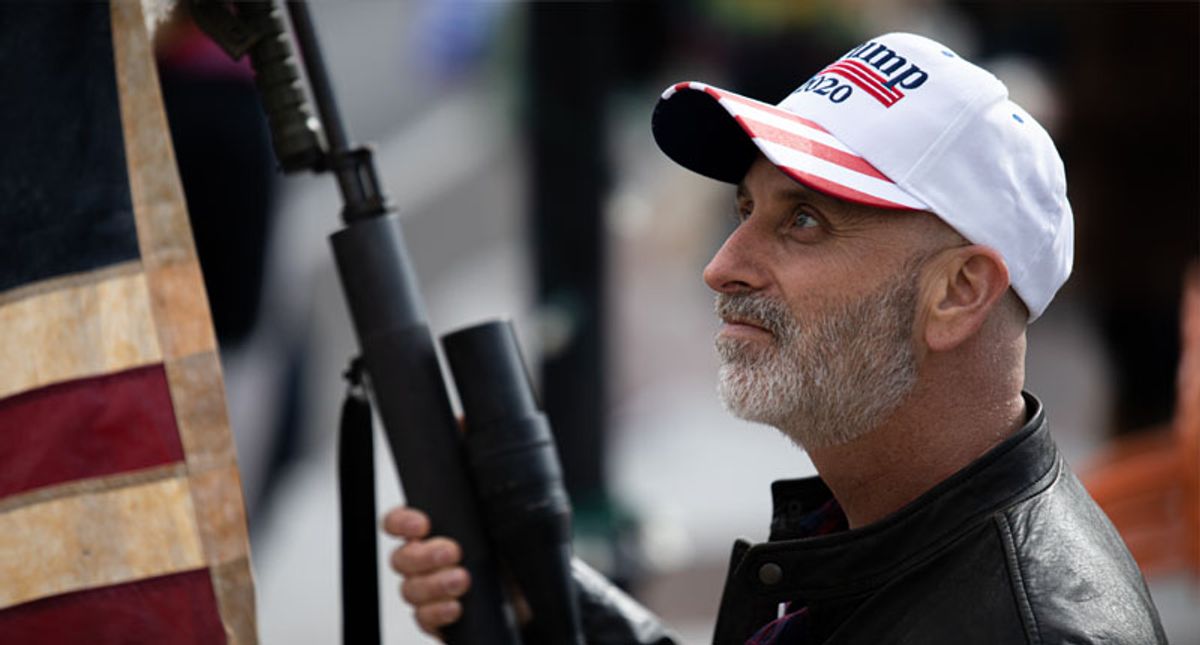 Trump supporters gather in Nevada's state capital for the, "Stop the Steal," protests after the president's loss to Joe Biden in the 2020 election. (Trevor Bexon / Shutterstock.com)

President Donald Trump's unprecedented efforts to overturn the results of the 2020 presidential election is now leading many of his supporters to call for acts of violence if Congress certifies President-elect Joe Biden's win on Wednesday.

The Daily Beast's Will Sommer, who is covering Wednesday's "Stop the Steal" rally in Washington D.C., reports that Trump supporters in the nation's capital are raising the prospect of violent revolution if the president is not allowed to stay in power.

"So far, every protester I've talked to has raised the prospect of violence / another civil war if Trump doesn't win today," Sommer writes on Twitter.

One Trump supporter who spoke with Sommer explained that reading articles at the far-right Epoch Times convinced him that armed revolt is the only way to respond to the president's election loss.

“They better start worrying about the 80 million people who voted for Trump and are armed," Long Island Trump supporter Carmelo Prochilo told Sommer. “This will be a second American revolution."

Sommer, however, is dubious of this revolution's prospects for success.

"A central theory for a lot of MAGA marchers has been that Trump supporters could easily overwhelm DC police and potentially even take over Congress," he writes. "On the other hand, last night they failed to get past a few dozen cops to tear down some posters."