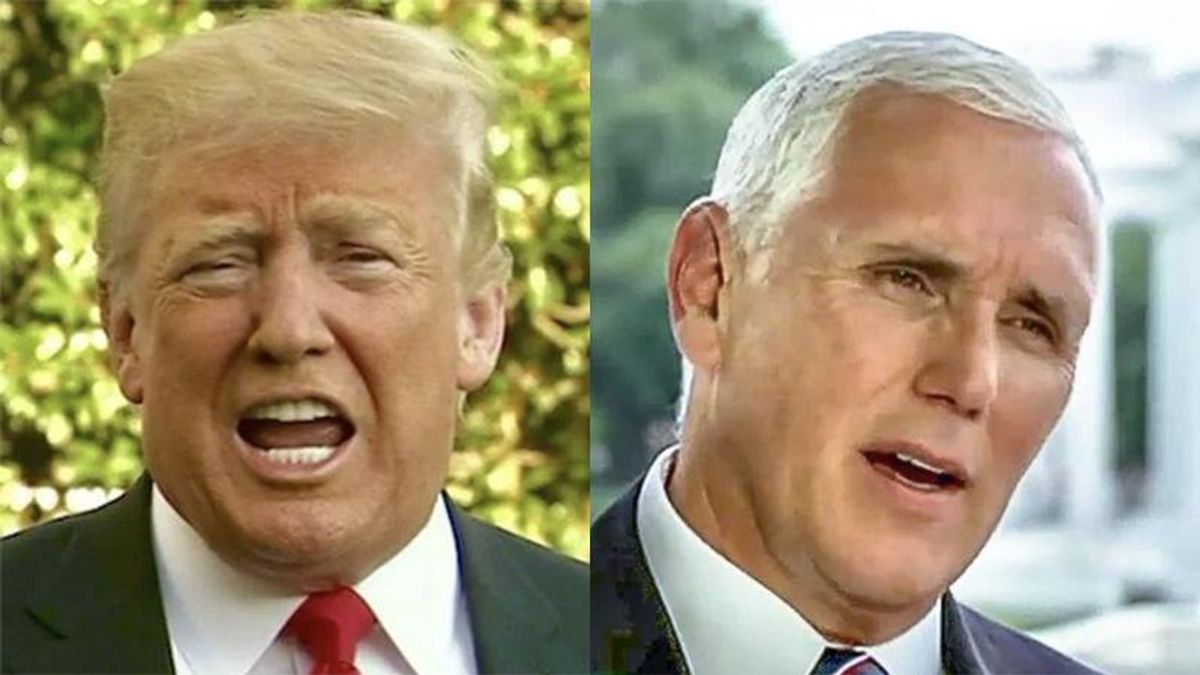 With an eye on making a run for the Republican presidential nomination in 2024, former vice president Mike Pence made a high-profile speech last week at the Faith & Freedom conference in South Carolina along with other GOP presidential hopefuls.

Unfortunately for Pence, his speech drew more attention after he was booed and called a "traitor" by supporters of ex-president Donald Trump who are reportedly still furious that Pence did not intercede and stop the certification of President Joe Biden's election win in 2020.

According to MSNBC political analyst Steve Benen, Pence has a rocky road ahead of him, not only because of the right-wing fury over the post-election proceedings that led to the Capitol insurrection but also because of Trump's recent comments about Pence that are keeping the anger alive.

In a recent interview, Trump attacked Pence, telling conservative host David Brody that he is still "disappointed" with Pence.

"I've always liked Mike and I'm very disappointed that he didn't send it back to the legislatures when you have more votes than you have voters in some cases, and when you have the kind of things that were known then," Trump explained before adding, "I think you may have found that you would have had a different president right now had he sent them back."

As Benen notes, Trump's unhappiness with Pence will likely continue to cast a cloud over the former vice president's political aspirations.

Noting that Trump is wrong about what Pence could have done during the certification process, Benen claimed the ex-president is continuing to poison the well for his former running mate.

"Tis isn't just a story about Trump being confused about governmental details he ought to understand. The greater significance is that this months-long tantrum from the former president is likely to carry consequences for Pence for the indefinite future," the MSNBC analyst wrote. "The right-wing outrage toward Pence was rooted in ridiculous lies -- ones that literally put the former vice president in harm's way on Jan. 6 -- but Trump appears determined to keep as many people confused as possible, for as long as possible."

Benen went on to point out that Trump -- still obsessing over his re-election failure -- will continue to spread the blame with Pence as a target.

"As Pence eyes another national candidacy in 2024, this mind-numbing drama is unlikely to end anytime soon," he predicted.