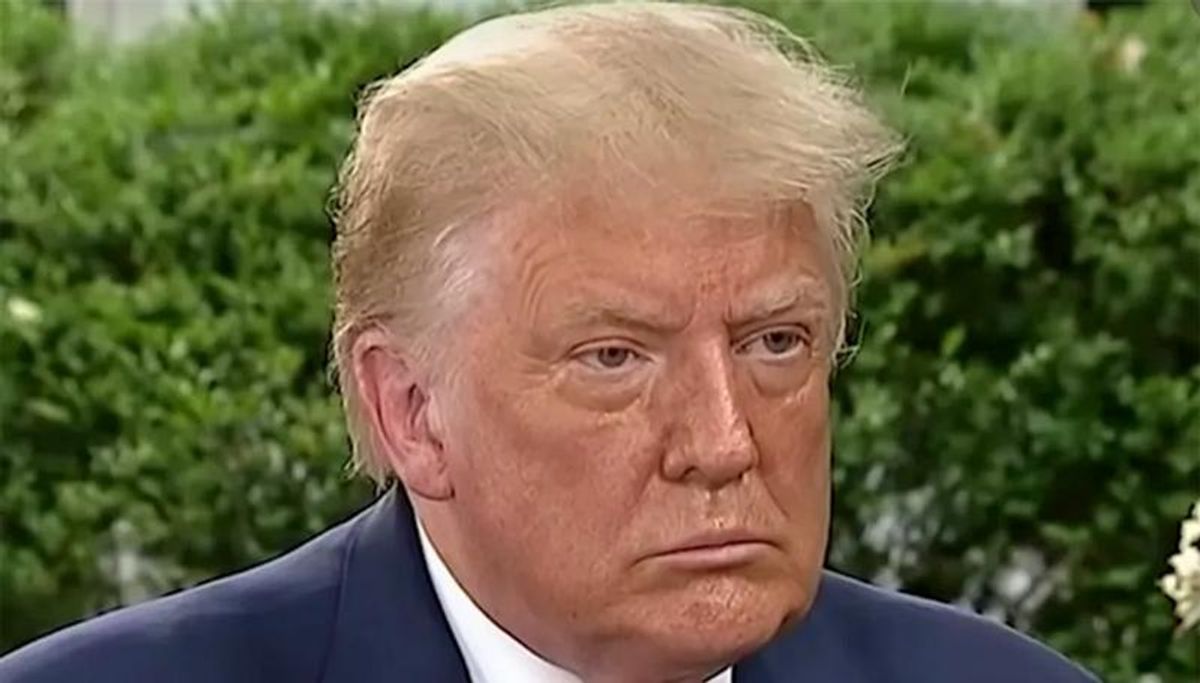 While many critics of the former president -- who is increasingly being referred to to as the "former guy" -- took to Twitter to say he should be ignored, others encouraged him to just go away because he has become "irrelevant."

@Bencjacobs I pity the human that had to sit in a room long enough with the Former President long enough to dictate this conspiracy theory.
— mpiatt🇺🇸 (@mpiatt🇺🇸)1618327349.0

@Bencjacobs Haha, this guy is still crazy. Retirement hasn’t mellowed him out at all.
— Fresh Peppers (@Fresh Peppers)1618327735.0

@Bencjacobs Why keep posting this garbage? The former guy is clearly unhinged. Let him crawl back in his hole, alone and defeated.
— Susan Speakman (@Susan Speakman)1618328165.0

@Bencjacobs Desperate for attention. Even more desperate to be relevant. Knows nothing about any subject. Pathetic… https://t.co/Rz7XlGhoMc
— Paula J Marcotte (@Paula J Marcotte)1618329916.0