'Trump was an idiot' who likely cost himself the election: columnist 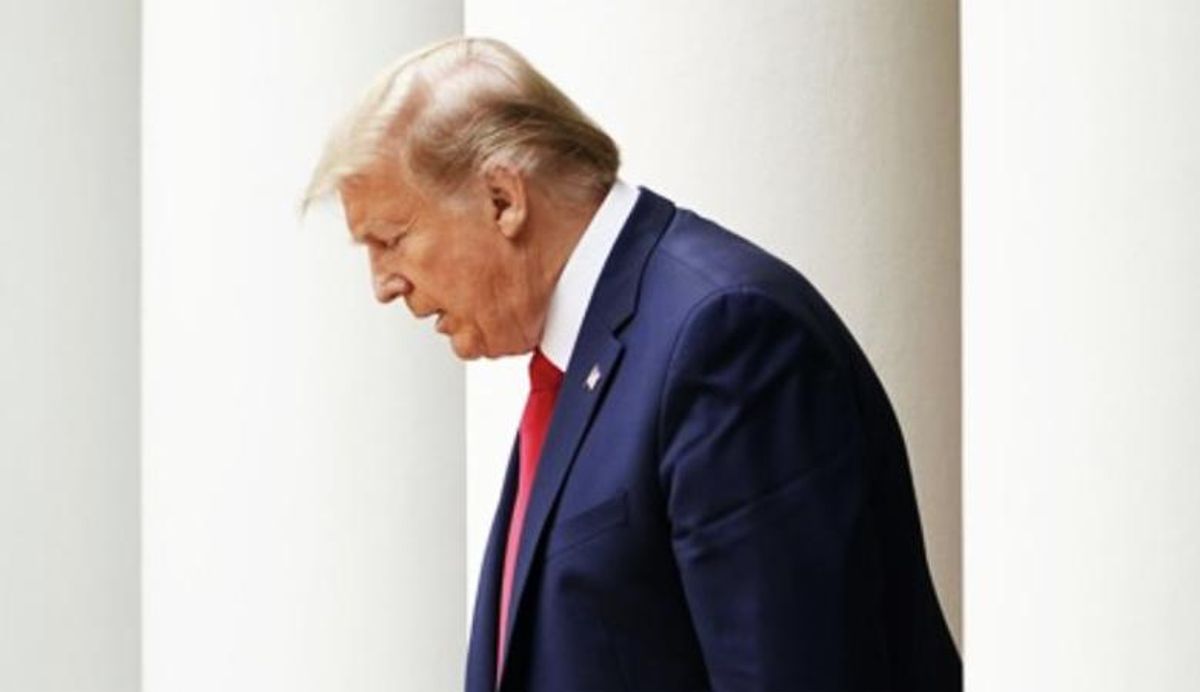 Photos by Mandel Ngan via AFP

In a column for the New Republic, political observer Timothy Noah claimed Donald Trump has no one else to blame but himself for his 2020 re-election loss to Joe Biden due to his war on mail-in voting that could have helped him out in key states he lost.

Using Census data, Noah claimed it was all too apparent that the former president's war on mail-in voting was a crippling factor in his loss based on the profiles of voters who are most likely to take advantage of not having to leave the house on election day.

In no uncertain terms, the columnist said Trump was an idiot whose advisers either should know better or did know but were unable to get through to him.

Adding, "How do we know Trump was an idiot to oppose mail-in ballots?" Noah dug into the numbers and made the case that Trump likely suppressed the very voters he needed the most to win.

"In 2020, the only two age groups that Trump won, according to exit polls, were those aged 65 and older and those aged 50 to 64; younger voters had no use for Trump. That made it extremely important for Trump to maximize his geriatric advantage. But by disparaging mail-in balloting, Trump dumped all over the voting method used in 2020 by nearly 54 percent of voters aged 65 and older, according to census data," he wrote before highlighting the fact that voters over 65, were the one age group that cast the majority of their votes by mail.

Writing that, "....very old, people who vote Republican are very white," Noah said Trump's self-sabotage was compounded by the impact he also had on wealthy voters.

"Rich people tend to vote Republican. In 2020, Trump won voters who earn $100,000, by 54–42 percent. But according to the census data, as voters move up the income scale, they become more likely to vote by mail, not less. Among people making $150,000 and over, almost 48 percent voted by mail—more than any other income group."

Noah went on to note that Republicans are likely aware that they may be hurting themselves, explaining, " "...at the moment, the GOP's overriding imperative is to appease and flatter Trump by yielding to his partisan fixations, never mind their ineptitude. Amid this plague of troubling voter disenfranchisement bills, there's a ray of hope in that."