DC insider: The Trump trauma will return if we forget how Republicans pushed his Big Lie -- maybe in an even more terrifying form 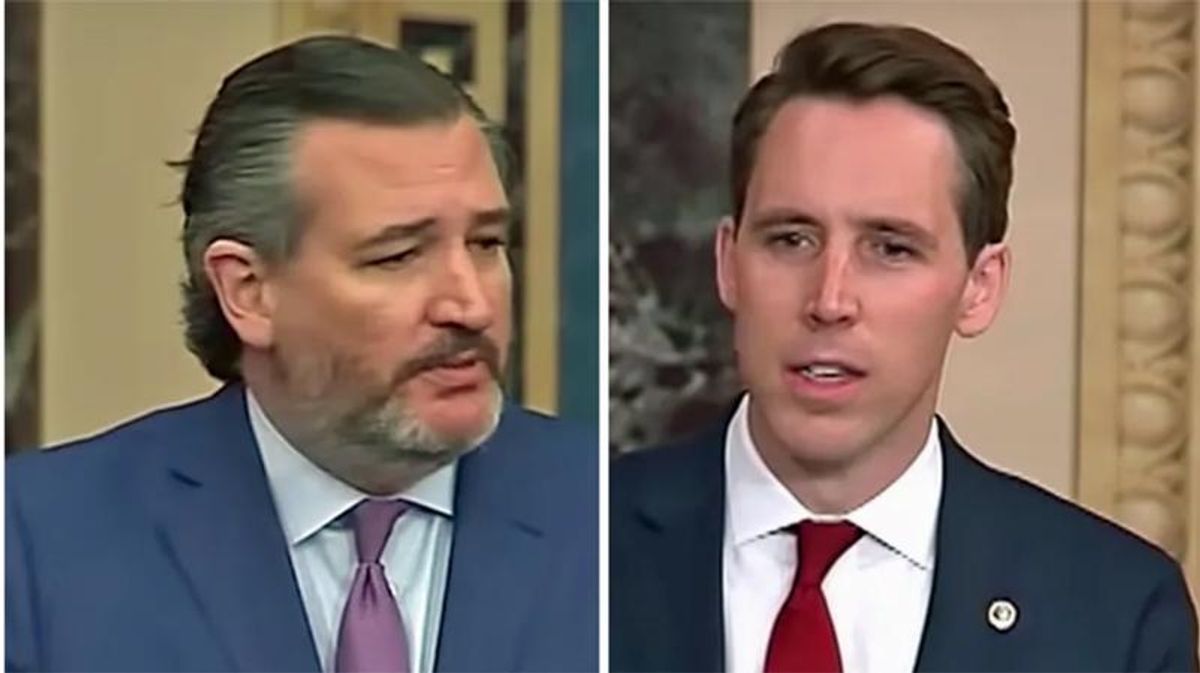 America prefers to look forward rather than back. We're a land of second acts. We move on.

This can be a strength. We don't get bogged down in outmoded traditions, old grudges, obsolete ways of thinking. We constantly reinvent. We love innovation and disruption.

The downside is a collective amnesia about what we've been though, and a corresponding reluctance to do anything about it or hold anyone accountable.

Now, with Covid receding and the economy starting to rebound – and the 2020 election and the attack on the Capitol behind us – the future looks bright.

But at the risk of being the skunk at the picnic, let me remind you:

We have lost more than 580,000 people to COVID-19. One big reason that number is so high is our former president lied about the virus and ordered his administration to minimize its danger.

He also lied about the results of the last election. And then – you remember, don't you? – he tried to overturn the results.

He twisted the arms of state election officials. He held a rally to stop Congress from certifying the election, followed by the violent attack on the Capitol. Five people died. Senators and representatives could have been slaughtered.

Several Republican members of Congress joined him in the big lie and refused to certify the election. They thereby encouraged the attempted coup.

This was just over four months ago, yet we seem to be doing everything we can to blot it out of our collective memory.

Last Tuesday, the Washington Post hosted a live video chat with Missouri Republican senator Josh Hawley, a ringleader in the attempt to overturn the results of the election. Hawley had even made a fist-pump gesture toward the mob at the Capitol before they attacked.

But the Post billed the interview as being about Hawley's new book on the "tyranny of big tech." It even posted a biography of Hawley that made no mention of Hawley's sedition, referring instead to his supposed reputation "for taking on the big and the powerful to protect Missouri workers," and as "a fierce defender of the Constitution."

Last week, "CBS This Morning" interviewed Florida Republican senator Rick Scott, another of the senators who tried to overturn the election by not certifying the results. But there was no mention of any of his sedition. The CBS interviewer confined his questions to Biden's spending plans, which Scott unsurprisingly opposed.

Senators Ted Cruz and Ron Johnson, and House minority leader Kevin McCarthy also repeatedly appear on major news programs without being questioned about their attempts to undo the results of the election.

What possible excuse is there for booking them if they have not publicly retracted their election lies? At the least, if they must appear, ask them if they continue to deny the election results and precisely why.

Trump is consolidating his power over the Republican Party, based on his big lie. The GOP is about to purge one of its leaders, Wyoming Representative Liz Cheney, for telling the truth.

The big lie is being used by Republican state legislatures to justify new laws to restrict voting. On Thursday, hours after Florida installed a rash of new voting restrictions, Texas's Republican-led Legislature pushed ahead with its a bill that would make it one of the hardest states in which to cast a ballot.

The Republican-controlled Arizona senate is mounting a private recount of the 2020 presidential election results in Maricopa County – farming out 2.1 million ballots to GOP partisans, including at least one who participated in the January 6 raid on the Capitol.

Last Monday, Trump even lied about his big lie, issuing a "proclamation" to co-opt the language of those criticizing the lie. "The Fraudulent Presidential Election of 2020 will be, from this day forth, known as the BIG LIE!" he wrote.

Most Republican voters believe him.

It is natural to want to put all this unpleasantness behind us. We are finally turning the corner on the pandemic and the economy.

Why look back to the trauma of the 2020 election? Because we cannot put it behind us. Trump's big lie and all that it has provoked are still with us. If we forget what has occurred the trauma will return, perhaps in even more terrifying form.