How to fight back against Republican efforts to 'overthrow legitimate election results': columnist 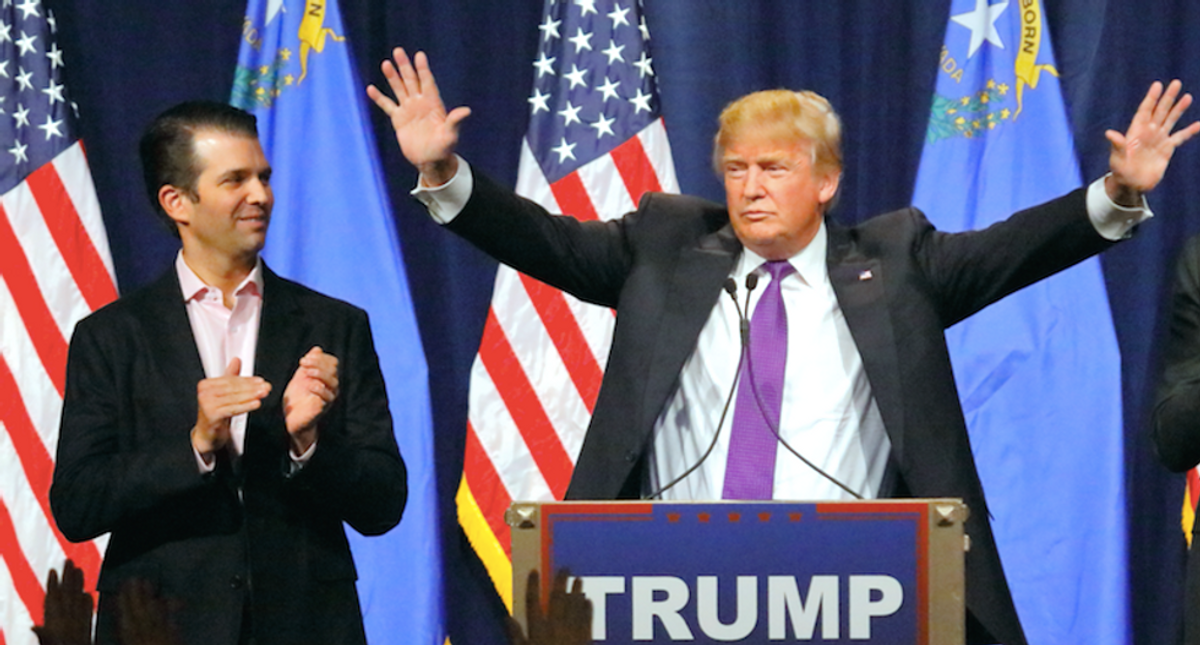 The voter suppression bills that have been introduced by Republicans in state legislatures all over the U.S. in 2021 not only come up with an abundance of ways to make voting more difficult — some of them, Democratic attorneys have been warning, are looking for ways for Republicans to simply throw out any election results they don't like. Washington Post opinion writer Jennifer Rubin discusses this troubling development in her column this week, outlining some ways in which opponents of these bills can fight back legally.

Rubin explains, "In addition to a slew of efforts to impair access to the ballot, Republicans throughout the country are attempting to shift control of elections away from local authorities or nonpartisan officials and toward partisan GOP operatives…. To be blunt, these efforts open up the potential for partisan Republicans to overthrow legitimate election results. That is, these laws could allow them to stage a coup, just as the MAGA crowd attempted in 2020. Arizona's circus-like election 'audit' conducted by Republican partisans provides a glimpse of the horror show that could result if partisan Republicans were counting the votes rather than trying to delegitimize the vote after the fact."

The Post columnist notes what New York Times reporter Nick Corasaniti recently had to say about Georgia's so-called Election Integrity Act of 2021, which was signed into law by Gov. Brian Kemp on March 25 — and which, Corasaniti told NPR, "allows the state elections board to suspend an elections official in (Democratic) counties and insert their own person." Corasaniti warned that this part of the Georgia law "risks inserting a whole lot more political and partisan influence in that administration."

Rubin explains, "This sort of election rigging is difficult to combat at the federal level, even if Democrats manage to pass voting reforms protecting access to the ballot or paper audit trails. Audits are not much help if the auditors are partisan toadies. Nevertheless, legal barriers exist that might deter election rigging or a shift in control of elections from nonpartisan to partisan control."

The columnist goes on to explain what those "legal barriers" are.

"It is worth remembering that it is illegal under state and federal law to change vote outcomes," Rubin writes. "This is the basis for the ongoing investigation of the former president's phone call with Georgia's secretary of state, Brad Raffensperger, in which the election's loser pleaded with the Republican official to 'find' sufficient votes to change the state's outcome…. In addition, federal law says that any person who 'knowingly and willfully deprives, defrauds, or attempts to deprive or defraud the residents of a State of a fair and impartially conducted election process' has committed a felony."

Rubin continues, "It also makes it a crime for a 'person acting under color of law' to 'willfully fail or refuse to tabulate, count, and report' legal votes. In other words, simply putting control of elections in the hands of partisan Republicans does not mean they can flip election results at will. However, the potential to disrupt and discredit elections is great. And in the case of federal elections, some state legislatures might seek to certify their own slate of electors claiming the voters' choice was invalidated by fraud."

The U.S. Department of Justice, according to Rubin, "should prepare to enforce federal laws, which in some cases, may entail criminal prosecution of state officials who fix elections."

"The (DOJ) can certainly deploy voting-rights lawyers to observe elections and receive complaints from poll officials and voters," Rubin writes. "This, of course, only works when the Justice Department is in the hands of a pro-democracy administration. A lot of Republicans may decide they really do not want to have authority over elections — and the legal liability that comes with it."