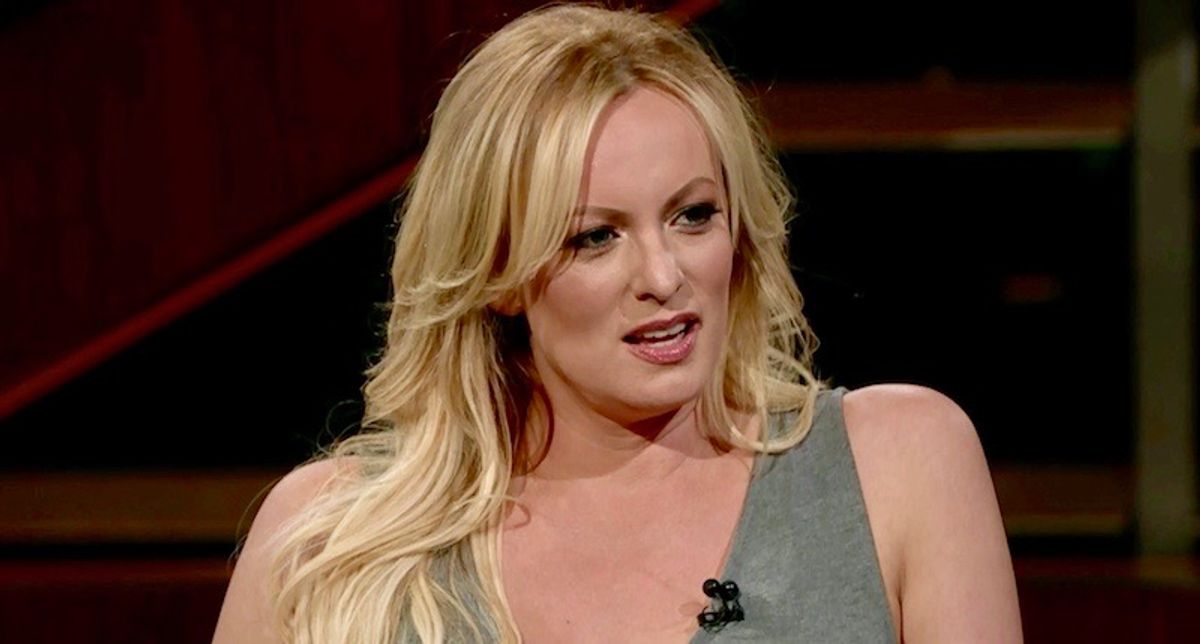 "I know I put you through needless pain," Cohen tells Daniels during their chat, released overnight Monday and Tuesday. "For that I am truly apologetic," he adds.

At the end of the exchange, which lasts almost an hour and a half, Cohen adds: "Thank you for giving me a second chance. I do really appreciate it."

Cohen, Trump's personal lawyer for ten years, was sentenced to three years in prison in 2018 for, among other offenses, paying Daniels $130,000 to keep quiet about her alleged liaison with Trump.

The hush payment, made shortly before the 2016 president election, violated campaign finance laws.

Cohen, 54, is serving the remainder of his sentence under house arrest in Manhattan due to the coronavirus pandemic.

He has been regularly broadcasting a podcast from his home since September.

In the latest episode, Daniels, whose real name is Stephanie Clifford, recalls in explicit detail the evening in 2006 when she says she had sex with Trump.

Daniels had already spoken about the alleged incident in a book published in 2018.

"The worst 90 seconds of my life," she told Cohen.

Daniels adds that the publicity has allowed her to earn money and travel "but if I had a magic wand and could go back to the way it was before I would absolutely do that."

"I am probably going to die alone because of this," she told Cohen.

Daniels, who has taken a defamation suit against Trump for calling her a liar all the way to the Supreme Court, is expecting a "second wave" of controversy now he is no longer president.

"A lot of the stalling that was happening in my cases was because this had never happened before," she explained, adding that the legal system "didn't know how to do something to a sitting president."

"I believe it's just about to kick off again," she told Cohen.

"A group of right-wing websites and social media personalities, some with hundreds of thousands of followers, claimed that Black Lives Matter protesters 'stormed' Iowa's state Capitol last week," wrote Dale. "Some of them explicitly claimed that the protesters had forced their way into the building," and, he noted, David Harris Jr. wrote this event was "exactly" like the "Stop the Steal" riot.