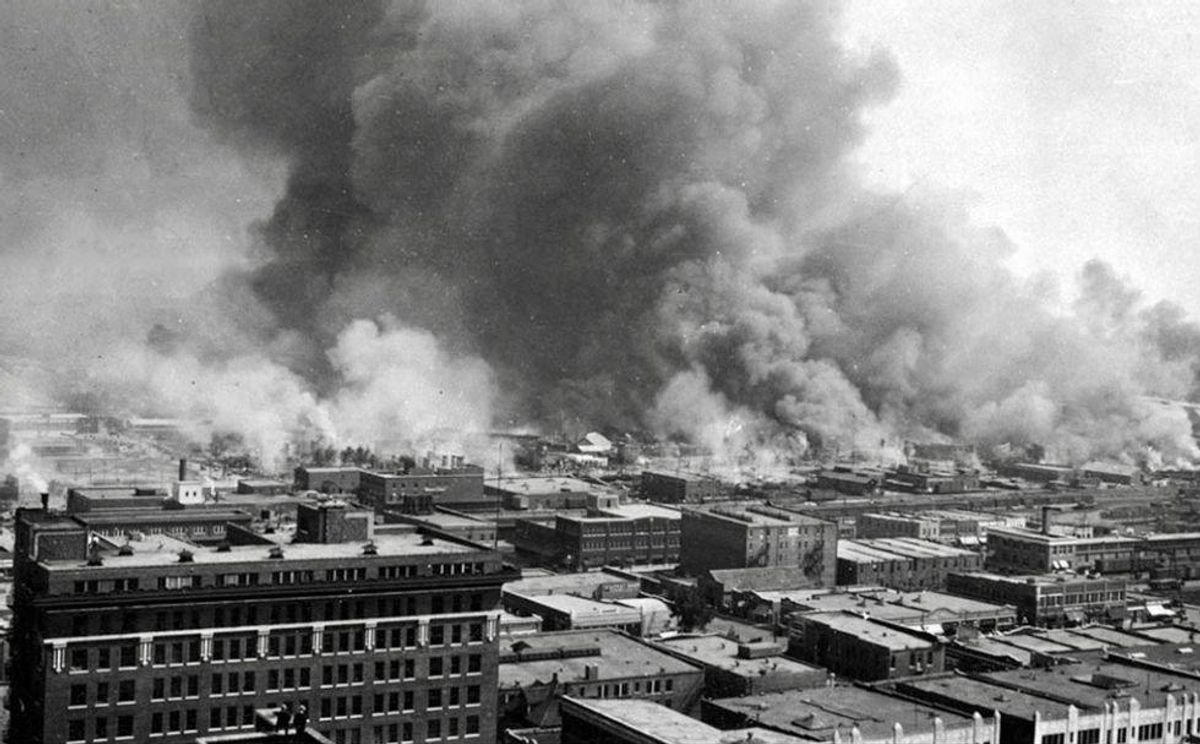 On Thursday, KFOR news reported that the 1921 Tulsa Race Massacre Centennial Commission has canceled the "Remember & Rise" event marking the 100th anniversary of the infamous race riot that destroyed "Black Wall Street" in Tulsa, Oklahoma — following warnings from the Department of Homeland Security that the event could be a target for white supremacist terrorists.

The event was to be headlined by a number of prominent figures including John Legend and Stacey Abrams.

"Due to unexpected circumstances with entertainers and speakers, the Centennial Commission is unable to fulfill our high expectations for Monday afternoon's commemoration event and has determined not to move forward with the event at this time," said the commission in an official statement. "We have hopes to reschedule later in this 100th commemorative year. We apologize for the disappointment and any inconvenience caused to ticket holders; if rescheduled ticket holders will be notified first."

President Joe Biden will reportedly still travel to the area for a planned event, and a separate candlelight vigil is still set to happen.

Earlier this month, survivors of the massacre traveled to Washington and urged Congress to formally acknowledge their plight.

Monday’s Remember and Rise event at ONEOK Field has been canceled. Organizer ls state they hope to do something lat… https://t.co/pXVjdkQdk2
— TulsaPeople (@TulsaPeople) 1622153600.0