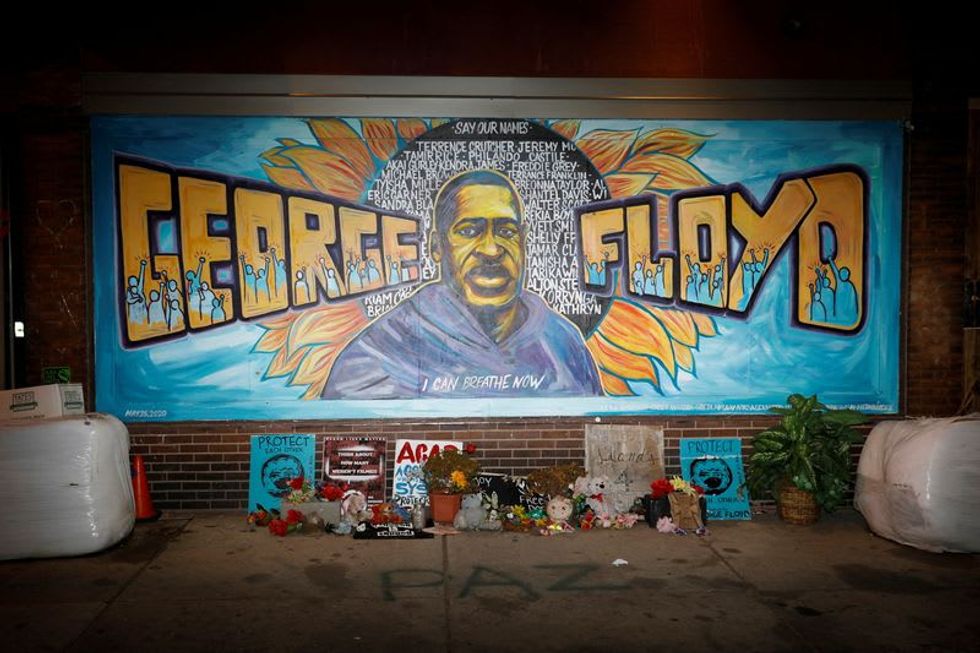 (Reuters) -Two former Minneapolis police officers were sentenced on Wednesday on federal charges stemming from the murder of George Floyd, the Black man who was killed when their colleague Derek Chauvin kneeled on his neck during an arrest.

In February, Thao and Kueng, along with a third officer, Thomas Lane, were convicted by a federal jury of depriving Floyd of his civil rights and failing to come to his aid while Chauvin, a white man, choked him with a knee for nine minutes.

Lane, 39, was sentenced last Thursday to 2-1/2 years in prison, while Chauvin was sentenced in February to 20 years and 5 months on federal charges related to Floyd's murder in May 2020.

"Each had an individual duty and opportunity to intervene in the excessive force that resulted in the agonizing death of Mr. Floyd, but both men failed to take any action," he said, referring to Thao and Kueng.

After the hearings, Floyd's girlfriend Courteney Ross said she had hoped for stiffer sentences for both men.

"I am saddened, but I suppose we have to take all of these small triumphs and know that we are going to move forward," she said during a news conference.

A cellphone video of Floyd handcuffed and pleading with Chauvin for his life prompted outrage in the days after the incident, spurring huge daily protests against racism and police brutality in cities around the world.

The four officers were called to a Minneapolis grocery store on May 25, 2020, and tried to take Floyd into custody on suspicion he used a fake $20 bill to buy cigarettes.

While Chauvin was kneeling on Floyd's neck, Kueng placed his knee on Floyd’s lower body and left it there for more than eight minutes, prosecutors said.

Federal prosecutors argued that the three men knew from their training and from "basic human decency" that they had a duty to help Floyd as he begged for his life before falling limp beneath Chauvin's knee.

In May Lane pleaded guilty to state aiding and abetting manslaughter charges and agreed to a sentence of three years in prison. A state trial is scheduled to be begin in January for Thao and Kueng.

(Reporting by Brendan O'Brien in Chicago; Editing by Mark Porter and David Gregorio)