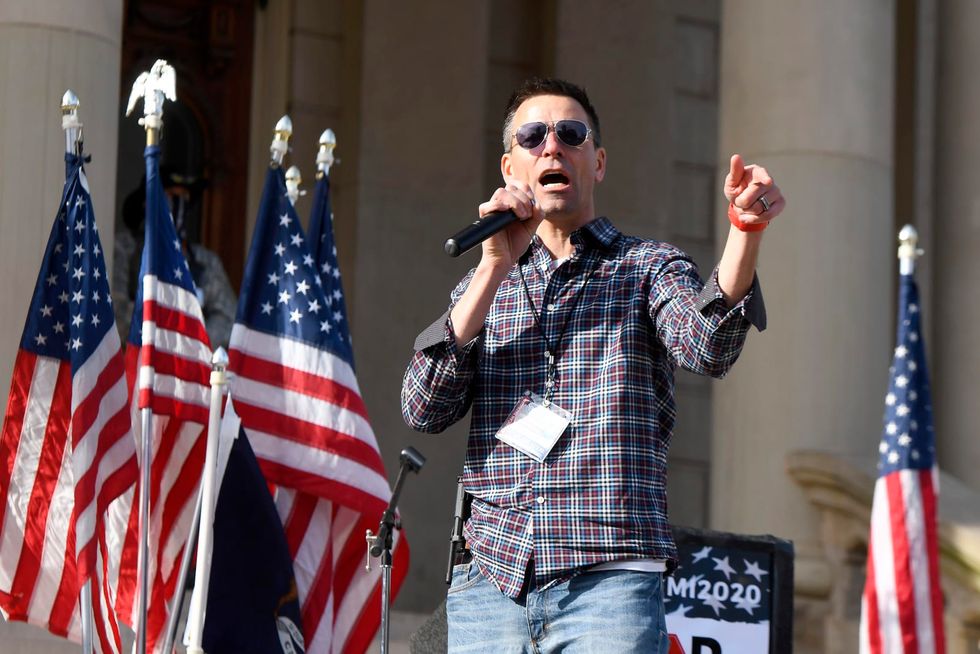 Ryan Kelley, seen at a rally at the Michigan state Capitol building in Lansing in October 2020, has refused to concede after his loss Tuesday in the Michigan GOP primary race for governor. - Rod Sanford/The Detroit News/TNS

DETROIT — Two Michigan Republicans who lost their primary races by more than 10 percentage points declared on social media Wednesday that they were "not conceding" while make dubious claims of election day wrongdoing. Real estate broker Ryan Kelley, who finished in fourth place in Michigan's GOP primary race for governor and was 25 percentage points behind the winner, Tudor Dixon, was the first candidate to question the results. The Allendale man posted a statement at about 1:24 a.m. on some of his social media platforms. Then, at about 5 a.m., he released the same message on his official Face...