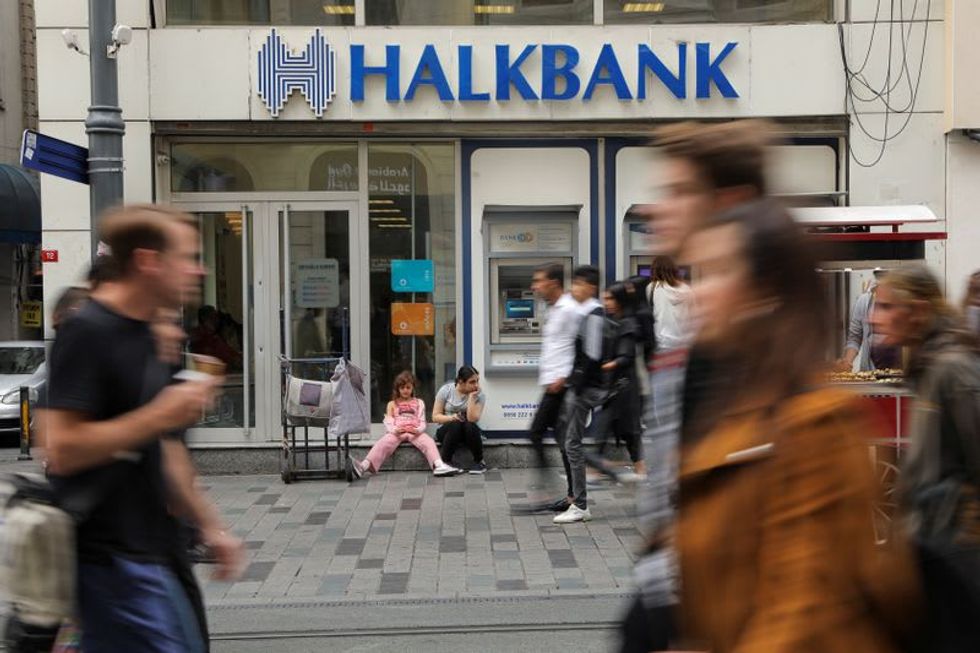 ISTANBUL (Reuters) - A U.S. judge on Tuesday agreed to dismiss a case against Turkish state lender Halkbank filed by victims of attacks by groups linked to Iran, on the condition that the sides reach an agreement to carry on with the case in Turkey. Halkbank has been at the centre of a major dispute between Ankara and Washington. It was indicted in a separate case in New York in 2019, accused of helping Iran evade American sanctions. U.S. District Judge Denise Cote agreed to dismiss the case brought against Halkbank by 876 plaintiffs who were victims or related to victim of "an overseas terror...