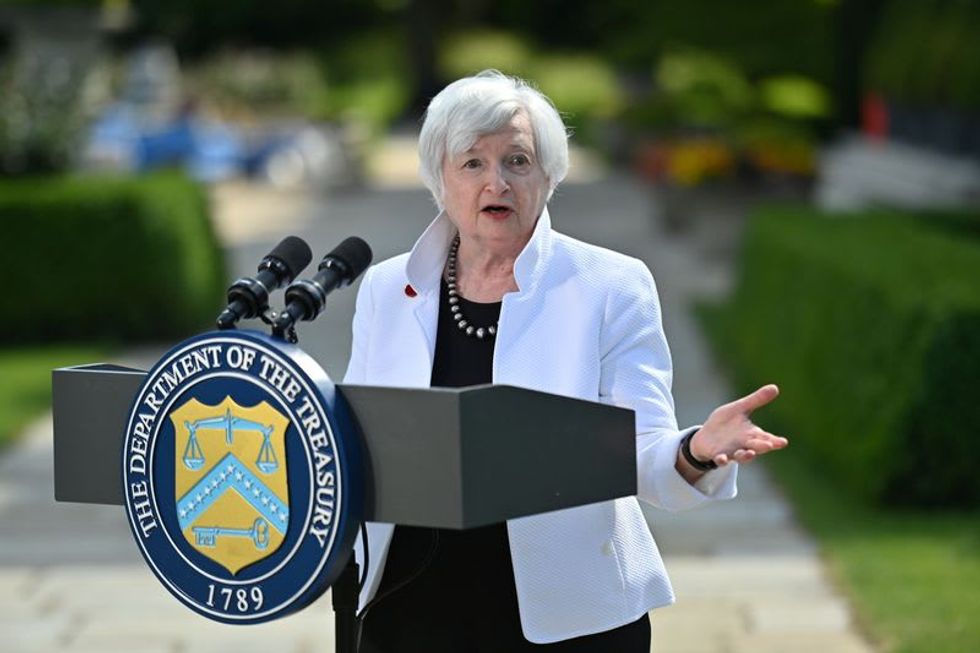 By David Morgan and David Lawder

The opposition from Republicans may push President Joe Biden to attempt to use budget procedures to pass the initiatives with only Democratic votes.

It left lawyers and tax experts in Washington wondering whether it could get done without crafting a new international treaty, which requires approval by a two-thirds majority in the evenly split 100-member Senate.

"It's wrong for the United States," Republican Senator John Barrasso said of the tax deal struck on Saturday by finance ministers from the G7 wealthy democracies.

"I think it's going to be anti-competitive, anti-U.S., harmful for us as we try to continue to grow the economy and certainly at a time when we're coming out of a pandemic," Barrasso, who chairs the Senate Republican Conference, told reporters at the U.S. Capitol.

In the landmark agreement, G7 finance ministers agreed to pursue a global minimum tax rate of at least 15% and to allow market countries to tax up to 20% of the excess profits - above a 10% margin - of around 100 large, high-profit companies.

Yellen said the "significant, unprecedented commitment" would end what she called a race to the bottom on global taxation.

In exchange, G7 countries agreed to end digital services taxes, but the timing for that is dependent on the new rules being implemented.

The deal could pave the way for broader buy-in by G20 countries and some 140 economies participating in international negotiations over how to tax large technology firms such as Alphabet Inc's Google, Facebook Inc, Amazon.com Inc and Apple Inc. All are expected to be included in the new, broader mechanism, which is targeted for a final international agreement in October.

Republican Senator Pat Toomey said the deal would drain tax revenues away from the U.S. Treasury to other countries, adding that he hoped some Democrats would be unwilling "to subject the American economy to this kind of misery."

"There will be no Republican support for this, and they'll have to do this on a party-line vote. That needs to fail," Toomey told Fox Business Network.

Daniel Bunn, an international tax expert at the Tax Foundation, a right-leaning think tank in Washington, said he believed that establishing new taxing rights on 100 multinational firms would require a new tax treaty.

With Vice President Kamala Harris as the tiebreaking vote, Democrats control 51 votes in the Senate, but cannot afford to lose any Democratic votes.

Senator Ron Wyden, asked how much can be done with the budget reconciliation procedures and what would require a super-majority vote, said: "Those are all questions that lawyers are now immersed in."

Wyden, who chairs the tax-writing Senate Finance Committee, told reporters that deterring the use of tax-haven countries and ensuring minimum levels of corporate taxation were "in the long-term interest of American workers."

"There’s a lot of heavy lifting to do here," Wyden added. "It’s going to take a number of months, that’s for sure."

Toomey, who sits on the Finance Committee, said he believed Democrats could push through the tax changes with only Democratic votes, without a treaty, but added that would require the United States to "surrender" and agree not to oppose changes imposed by other countries.