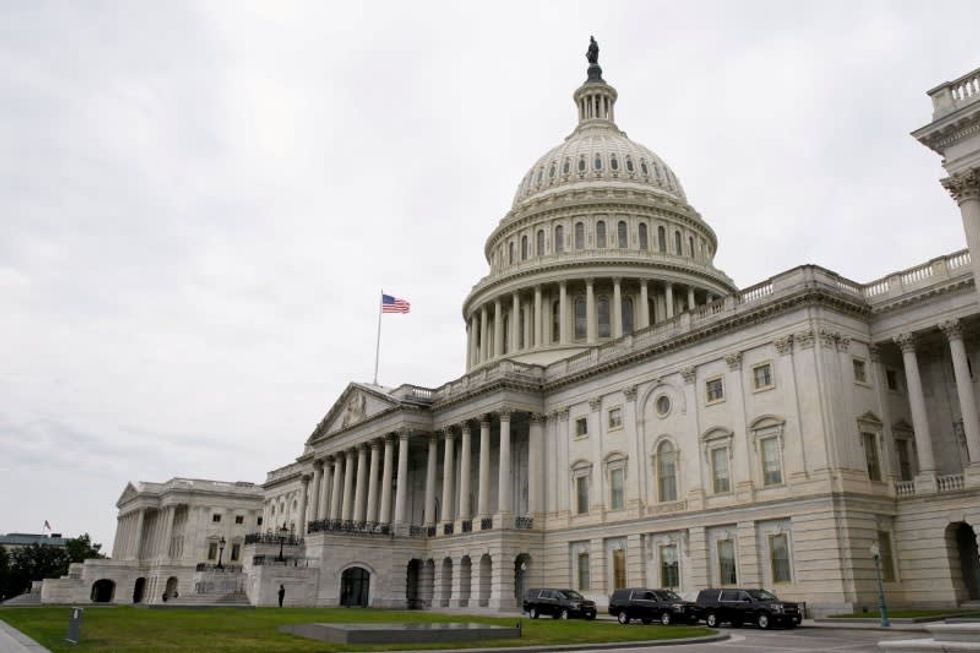 WASHINGTON (Reuters) - The U.S. Senate will meet for the second weekend in a row on Saturday in hopes of passing a $1 trillion infrastructure bill that has struggled to overcome a series of last-minute delays and objections, despite strong bipartisan support.

The package https://www.reuters.com/world/us/whats-us-senates-bipartisan-1-trillion-infrastructure-bill-2021-08-03, which represents the biggest investment in decades in America's physical infrastructure including roads, bridges, airports and waterways, will face a key test at noon EDT (1600 GMT), when lawmakers are due to vote on whether to limit debate on the legislation.

If the vote succeeds, Senate Majority Leader Chuck Schumer will try to move quickly to pass the bill, in what would be a major victory for President Joe Biden and a bipartisan group of senators who spent months crafting the package.

After hours of closed-door negotiations, senators were unable to reach agreement on Thursday on a final batch of amendments before many lawmakers left town to attend the funeral on Friday of former Senator Mike Enzi in Wyoming. Twenty-two amendments have already been debated.

Negotiations were continuing, according to a person familiar with the talks. Unless all 100 senators consent to waive rules governing the legislative process, the Senate will have to pursue a series of procedural votes that could delay passage until as late as Monday or Tuesday.

Progress has been held up by a flurry of disagreements over demands for new Defense Department improvements and a bill provision on cryptocurrency.

"It's just the way this place works. People want their amendments to be voted on, and when they can't get them voted on because one side or the other objects, then they hold up everybody else," Senator Rob Portman, the lead Republican negotiator, told reporters on Friday.

The CBO analysis https://www.reuters.com/article/biden-infrastructure-costs/factbox-cbo-estimate-leaves-u-s-budget-shortfall-for-infrastructure-bill-backers-idUSL1N2PC30J did not include $57 billion in added revenue that senators estimate Washington would collect over the long term from the economic growth benefits of infrastructure projects. It also did not count $53 billion in unused federal supplemental unemployment funds to be returned from states.

So far, the current bill has attracted backing from enough Republicans to comfortably surpass the Senate's 60-vote threshold, along with unanimous support from the chamber's 50 Democrats.

But the legislation is still opposed by most of the Senate's 50 Republicans and by Trump, who has regularly blasted moderate Republicans and Senate Minority Leader Mitch McConnell over their support.

Trump made infrastructure spending a key plank of his 2016 presidential campaign but never made it a priority once he got into office and was unable to get legislation through Congress.

Some top Republicans believe Saturday's vote on whether to limit debate could be a turning point.

"There'll be a point at which everything becomes more fluid, and I think after the (procedural) vote on Saturday, that'll be one of those formative moments," Senator John Thune, the chamber's No. 2 Republican, told reporters on Friday.

"Then we'll see from there kind of what people's appetite is to stay on the bill."