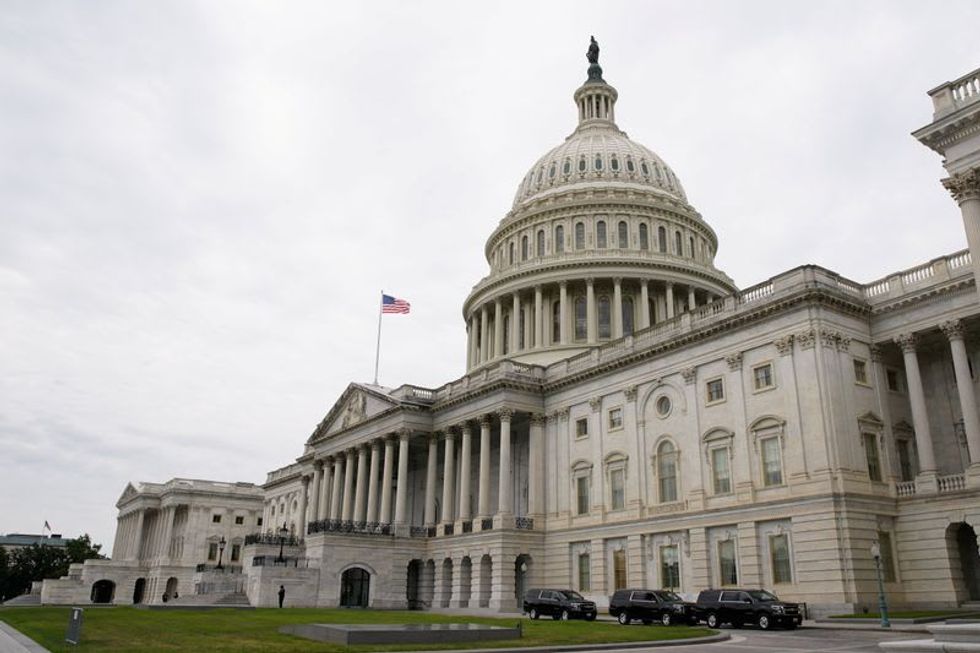 By Richard Cowan and David Morgan

WASHINGTON (Reuters) - The U.S. Senate will try to complete work this week on a $1 trillion infrastructure investment bill that would bring long-awaited improvements to roads, bridges and mass-transit systems and deliver a rare bipartisan victory to President Joe Biden.

Following long work sessions on Saturday and Sunday, Senate negotiators announced that they had finished drafting a 2,702-page bill, which promptly was introduced, clearing the way for senators to debate amendments.

"It has been decades - decades - since Congress passed such a significant, stand-alone investment," a buoyant Senate Majority Leader Chuck Schumer said.

"In the end, the bipartisan group of senators have produced a bill that will dedicate substantial resources to repair, maintain, and upgrade our nation’s physical infrastructure," the Democratic leader added.

The legislation, if enacted, would be the largest U.S. infrastructure investment in decades. Its passage would mark a major win for Biden and the deeply divided Congress, on the heels of a Democrats-only $1.9 trillion economic stimulus and coronavirus aid bill enacted this year.

It also would clear the way for Democrats, acting without Republican support, to begin work on a budget framework that would sketch out plans for a $3.5 trillion "human infrastructure" bill.

It would shovel federal dollars toward fighting climate change, help millions of immigrants gain legal protections and fund expanded healthcare, including for senior citizens in need of assistance at home.

But first, the Senate needed to put the finishing touches on the approximately $1 trillion in federal funds for construction projects that would upgrade the nation's aging roads, bridges and rail lines and expand high-speed internet access to rural areas where economies have been hobbled by old technology.

The legislation also would help build a national network of electric vehicle charging stations and replace lead water pipes, although at levels lower than Biden had originally sought.

In a rare sign of bipartisanship last week, the initiative won early support from enough Republicans to begin debate on the bill. Barring surprise developments, the bill could be ready for a final vote as early as this week, according to some senators.