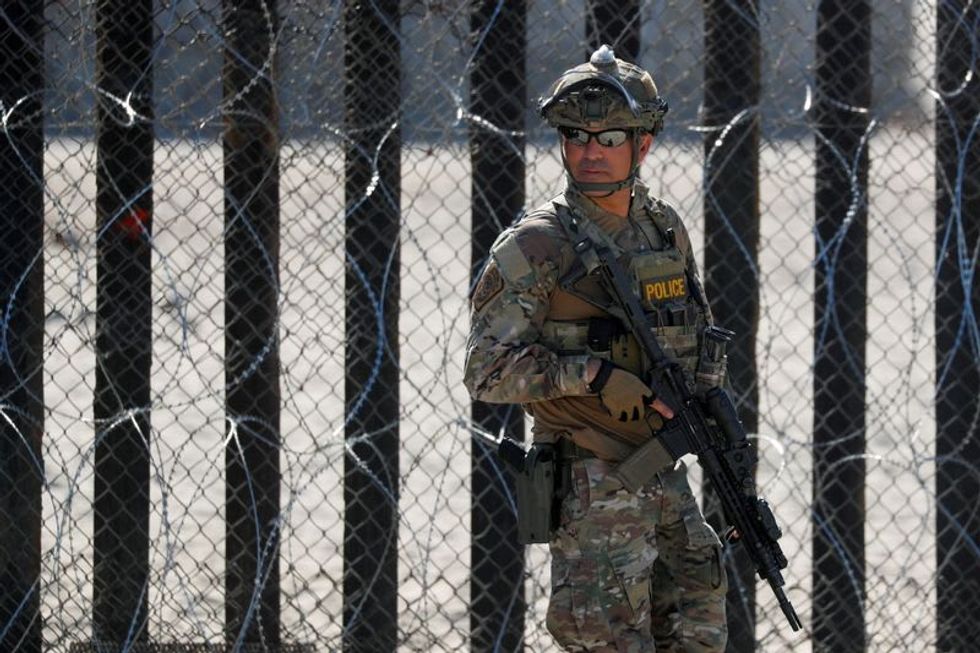 WASHINGTON (Reuters) - The United States will require thousands of border agents to wear body cameras, according to two officials and government documents, a major operational change that could increase oversight of agents and also help capture criminal activity.

The cameras are expected to be rolled out in parts of Texas and New Mexico during the summer and expanded to Arizona, California, Vermont and Texas' busy Rio Grande Valley in the fall and winter, according to a recent government assessment of how the devices could impact privacy.

Pro-immigrant activists will likely welcome the increased oversight of an agency some have criticized for excessive use of force and institutional racism. But a union for border patrol agents also supports cameras, saying they could assist criminal investigations and help show that agents act professionally.

The American Civil Liberties Union and other groups have called on border patrol to use the cameras to improve accountability in the wake of several high-profile fatal shootings by law enforcement over the past decade.

Brandon Judd, president of the National Border Patrol Council, stressed that agents should have access to the footage, including when an agent is accused of wrongdoing.

Recordings of illegal activity, use of force or agent misconduct could be used as evidence in investigations or prosecutions, the privacy assessment said.

The cameras could offer new insight into the policing of the southern border, where migrant arrests have risen to 20-year highs in recent months and encounters sometimes take place in remote areas.

In cases where footage could be used as evidence in a criminal case, it could be retained for up to 75 years, according to the privacy assessment. Footage that does not have value as evidence would be destroyed within 180 days.

After a bipartisan group of lawmakers spearheaded efforts to secure funding for bodycams, CBP awarded a $13 million contract to Axon Enterprises Inc [AXON.O] in September 2020 to equip 3,800 border patrol agents with body cameras and to connect the cameras to a cloud-based storage system.

Axon declined to comment on the rollout. CBP did not immediately respond to a request for comment.

CBP conducted a small pilot of body cameras in 2015, but ultimately opted not to deploy them then.

An agency assessment at the time said the cameras would likely reduce the use of physical force on the job, but cited a number of reasons not to adopt the devices, including cost and agent morale.

Gil Kerlikowske, who was CBP commissioner at the time, said another consideration was that the cameras "did not hold up particularly well" in the field, where they could be knocked off in the brush or mucked up with dust and dirt.

Body cameras have become more commonplace since the 2015 effort. The U.S. Department of Justice said in June that its agents would be required to wear cameras when serving search and arrest warrants.

Kerlikowske said many law enforcement officers support the idea, too.

"There are now police officers who won’t go on the street without their body camera," he said. "They want that video image."

(Reporting by Ted Hesson in Washington, editing by Ross Colvin and Aurora Ellis)