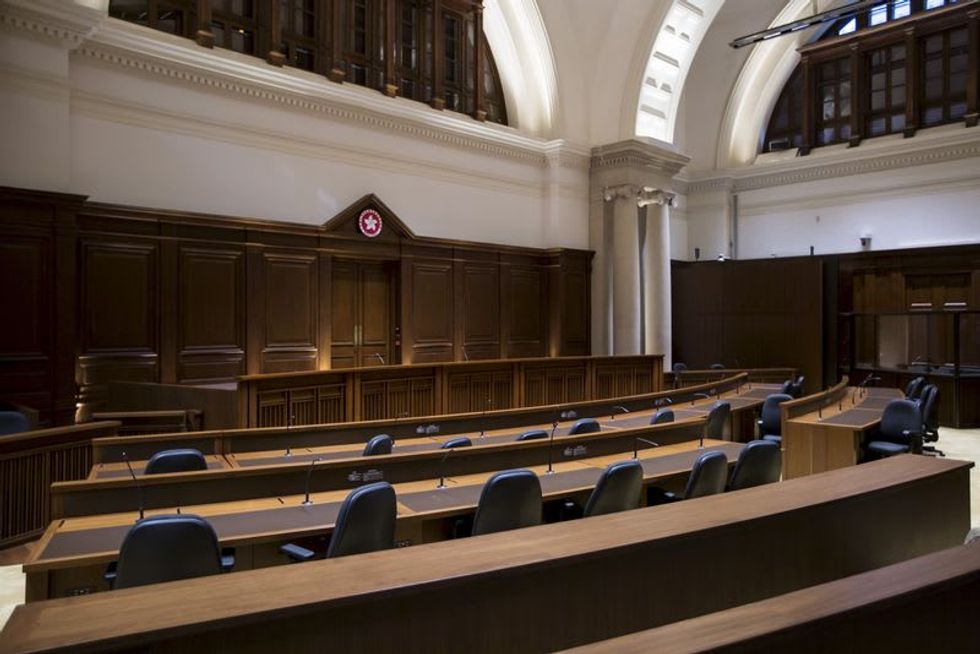 By Michael Holden and Greg Torode

LONDON/HONG KONG (Reuters) - Two senior British judges, including the president of the UK Supreme Court, resigned from Hong Kong's highest court on Wednesday because of a sweeping national security law China imposed on Britain's former colony cracking down on dissent.

Robert Reed, who heads Britain's top judicial body, said that he and colleague Patrick Hodge would relinquish their roles with immediate effect as non-permanent judges on the Hong Kong Court of Final Appeal (CFA).

"I have concluded, in agreement with the government, that the judges of the Supreme Court cannot continue to sit in Hong Kong without appearing to endorse an administration which has departed from values of political freedom, and freedom of expression," Reed said in a statement.

Britain, which handed Hong Kong back to China in 1997, has said the security law that punishes offences like subversion with up to life imprisonment has been used to curb dissent and freedoms. London also says the law is a breach of the 1984 Sino-British Joint Declaration that paved the way for the handover.

Many of the city's democratic campaigners have been arrested, detained or forced into exile, civil society groups shuttered and liberal media outlets forced to close under a security crackdown since the law was enacted in June 2020.

Beijing says the law has brought stability to Hong Kong, rocked by months of sometimes violent anti-government street protests in 2019, and that it includes human rights safeguards.

Hong Kong Secretary for Justice Teresa Cheng said in a statement released after the resignations: "The constitutional bedrock upon which our judicial independence is premised will not be shaken". Chief Justice Andrew Cheung didn't immediately comment.

PRESSURE ON OTHER FOREIGN JUDGES

"The situation has reached a tipping point where it is no longer tenable for British judges to sit on Hong Kong's leading court, and (this) would risk legitimising oppression," she added.

Truss this month criticised Hong Kong authorities for accusing a British-based human rights groups of colluding with foreign forces in a "likely" violation of the security law.

The presence of foreign judges in Hong Kong is enshrined in the Basic Law, the mini-constitution that guarantees the global financial hub's freedoms and extensive autonomy under Chinese rule, including the continuation of Hong Kong’s common law traditions forged during the colonial era.

Reed has previously said he would not serve on the HKCFA in the event the judiciary in the city was undermined.

Local lawyers said the resignations would likely put pressure on the 10 other foreign Court of Final Appeal judges to quit. Six of these are British.

Those judges, also from Canada and Australia, are mostly retired senior jurists in their home countries, unlike Reed and Hodge, who were still serving.

Two other foreign judges, Britain's Brenda Hale and Australia's James Spigelman, have also stepped down from the city's highest court since 2020.

"It is a big blow to the local fraternity and the grand tradition of Hong Kong's rule of law," one veteran barrister told Reuters. "For all the pressures ahead, we really needed them and I fear what comes next."

In a statement on Wednesday, Hong Kong Law Society president Chan Chak Ming urged Reed and Hodge to reconsider their moves, expressing "deep regret" and saying that the decision "disappointingly falls short" of the support among the public and legal community for the continued role of overseas judges.