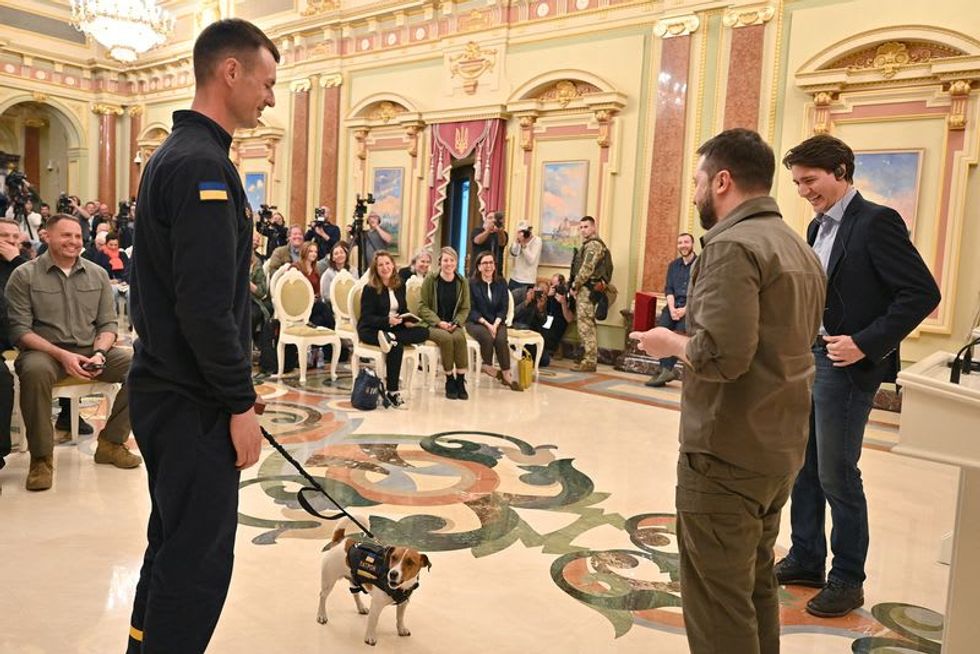 KYIV (Reuters) - President Volodymyr Zelenskiy presented Ukraine's famous mine sniffing dog Patron and his owner with a medal on Sunday to recognise their dedicated service since Russia's invasion. The pint-size Jack Russell terrier has been credited with detecting more than 200 explosives and preventing their detonation since the start of the war on Feb. 24, quickly becoming a canine symbol of Ukrainian patriotism. Zelenskiy made the award at a news conference in Kyiv with Canadian Prime Minister Justin Trudeau. Patron barked and wagged his tail, prompting laughter from the audience. Trudeau ...