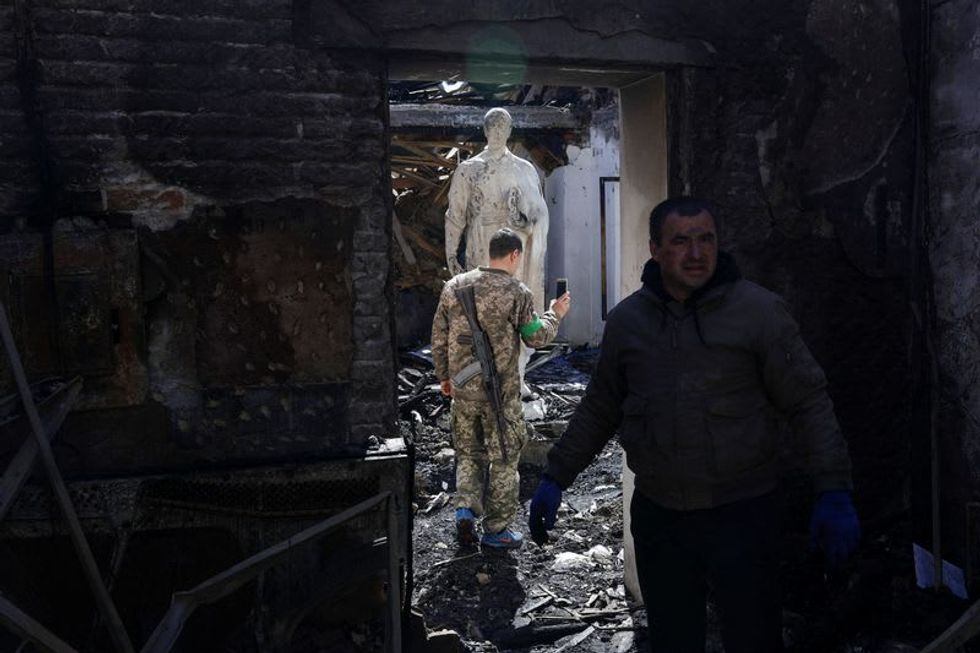 (Reuters) -Ukrainian President Volodymyr Zelenskiy said on Saturday he was speechless after Russian shelling destroyed a museum dedicated to the 18th century philosopher and poet Hryhoriy Skovoroda. The overnight attack in the village of Skovorodynivka in eastern Ukraine hit the roof of the museum, setting the building ablaze and injuring a 35-year-old custodian. The most valuable items had earlier been moved for safety, said Kharkiv regional governor Oleh Sinegubov. "Every day of this war the Russian army does something that leaves me speechless. But then the next day it does something else t...