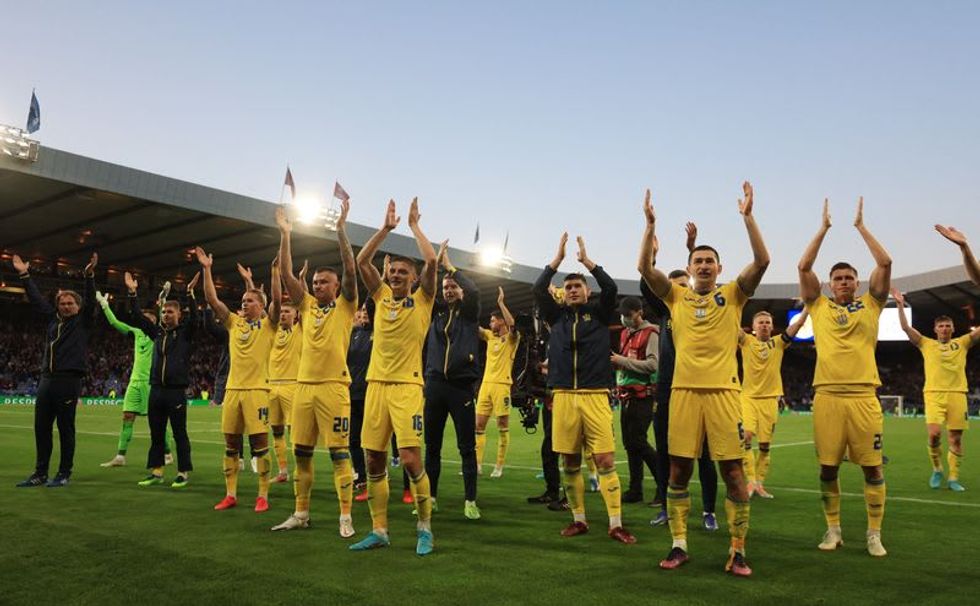 (Reuters) - Ukrainian President Volodymyr Zelenskiy on Wednesday hailed the national soccer team's win over Scotland in a vital World Cup playoff game, saying the victory would bring joy to soldiers fighting against Russia. Ukraine kept alive their dream of reaching the finals, beating Scotland 3-1 in their first game since the Russian invasion. Ukraine will now face Wales on Sunday with the winner taking a place in the finals. "Thank you guys! Two hours of happiness, something we have become unaccustomed to," Zelenskiy said in an online post. "Joy to our soldiers, joy to the entire country. W...