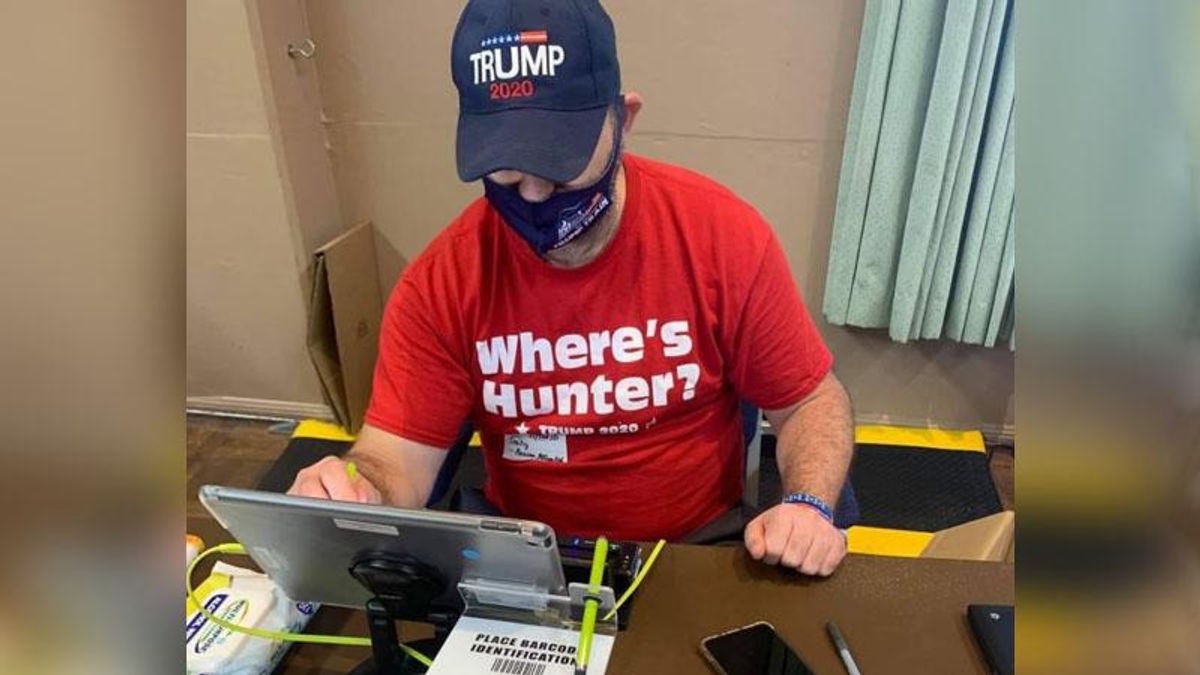 A poll worker in West Hollywood, Calif., was pulled from a poll center after a photo of his attire picked up steam on social media.

According to Fox LA, the now-viral photo of the poll worker was uploaded to Twitter by a user named @Frank_K_Santoyo. The man, who wore a "Trump 2020" hat and a red t-shirt that read, "Where's Hunter? Trump 2020," could be seen operating one of the polling location's tablets. The person who snapped the viral photo confirmed it was taken on Monday, September 13 at the Plummer Park area of West Hollywood.

The viral photo led to a swift response from the Los Angeles County Registrar-Recorder/County Clerk.

On Tuesday, September 14, the county clerk's office confirmed that the man was, indeed, an election worker. The office also said he had been relieved of his duties.

"The election worker was contacted and advised that the attire was inappropriate and unacceptable," the county clerk's office tweeted. "Based on his response and reports that other workers had previously counseled him on this, he was released and is no longer working at the vote center."

According to Fox LA, other poll workers tried speaking with the man about his attire, but to no avail. California's recall election concluded on Tuesday. Despite GOP efforts to oust Gov. Gavin Newsom (D), Californians declined to recall the Democratic governor.