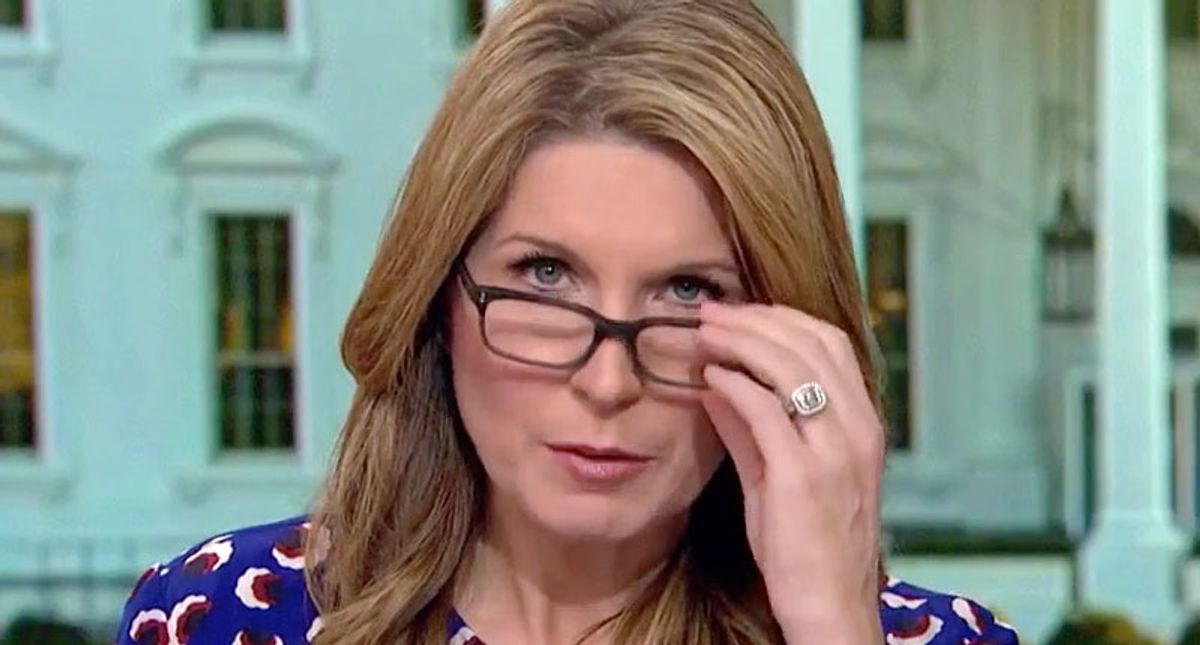 Women and military members flocked to Twitter to attack Fox News host Tucker Carlson, for his claims that having pregnant women in the military made it less masculine.

Former Senate candidate Amy McGrath, who ran against Mitch McConnell, demanded that Fox News apologize for the comment. She explained that there are many women who are in career service and that they deserve to have families just like everyone else. When it comes to the flight officer that Carlson attacked, McGrath explained that millions of dollars go into training a flight officer. They can't simply pull her off because she's a woman or because she's pregnant. She'll get maternity leave just like everyone else.

"Look I've had three kids while on active duty," she said. Those who have served, actively serving right now, we are not a mockery. we have served we sacrifice so that Tucker Carlson could spout off these falsehoods. When a network allows this, it denigrates women in the military and it hurts readiness. And I think Fox News should apologize."

She explained that this is the type of thing that Fox News tends to do, they try to create a story when there isn't one there. The perfect example has been their bizarre attack on "liberals" for canceling The Muppets, Mr. Potato Head and Dr. Seuss, all of which were decisions made by their parent companies.

"It's sensationalism, making things up, trying to create a new story where there is none," McGrath continued. "The fact of the matter is women serve honorably and have served throughout our entire American history. It's good to see senior members of the military speaking out against this. I'd like to see more political leaders step up and speak out against this, because it does hurt or forces."

Carlson, who's never served in any branch of service in the military attacked women in the armed forces after President Joe Biden gave the fourth star to two female generals previously ignored by President Donald Trump.

"There is a serious side to what is a cartoonish debacle, even for Fox News, from Mr. Carlson, and that is the flagrant sort of throwing fire inside the military, and inside our fighting forces," MSNBC's Nicolle Wallace said. "As Amy is saying, making a mockery of those who would fight and die for our country. What is the -- what is driving them so nuts?"

Ben Rhodes, who served as President Barack Obama's deputy national security adviser, said that women have been serving in these positions for decades, so it's unclear what triggered Carlson now.

It's a shocking deviation from Fox News' support of the military. Thus far, no Republican has come forward to denounce his comments.

"We need our military fights together as one team, serving together as one team and to be provoking this at a time, by the way, that the military as acknowledged it wants to take steps to make sure the extremism we have seen in our society, particularly on the far right doesn't creep into the ranks," Rhodes also said. "To have Tucker Carlson stirring this kind of pot, that's both an insult to the tens of thousands of women serving, some in harm's way and also an effort to sow division inside the military itself. I cannot think of anything more unpatriotic than the type of garbage that Tucker Carlson is spewing on his program"