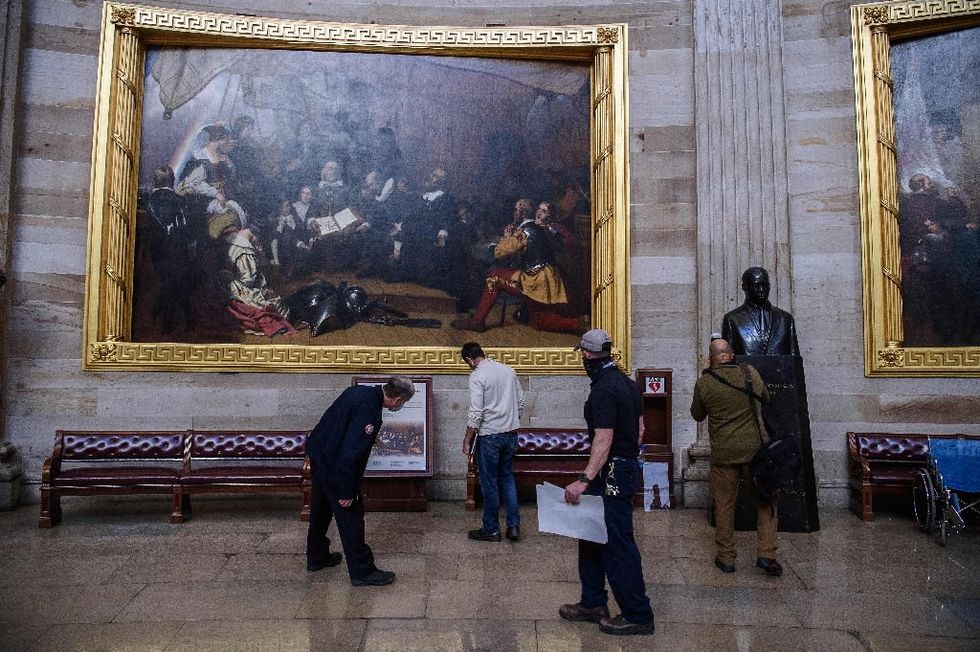 Members of the office of the Architect of the US Capitol check for damage in the Rotunda in Washington, DC, on January 7, 2021, one day after the attack by pro-Trump extremists

Washington (AFP) - The US Capitol police officer who died after being injured in the January 6 attack by pro-Trump rioters will lie in honor at the building's Rotunda, lawmakers said Friday, a mark of respect rarely bestowed. Brian Sicknick was reportedly struck in the head with a fire extinguisher while struggling with the rioters who swarmed through the halls of Congress. The 42-year-old member of the force that protects the ground of the Congress returned to his division office where he collapsed and was taken to the hospital, according to the Capitol Police. He died the next day, they said...