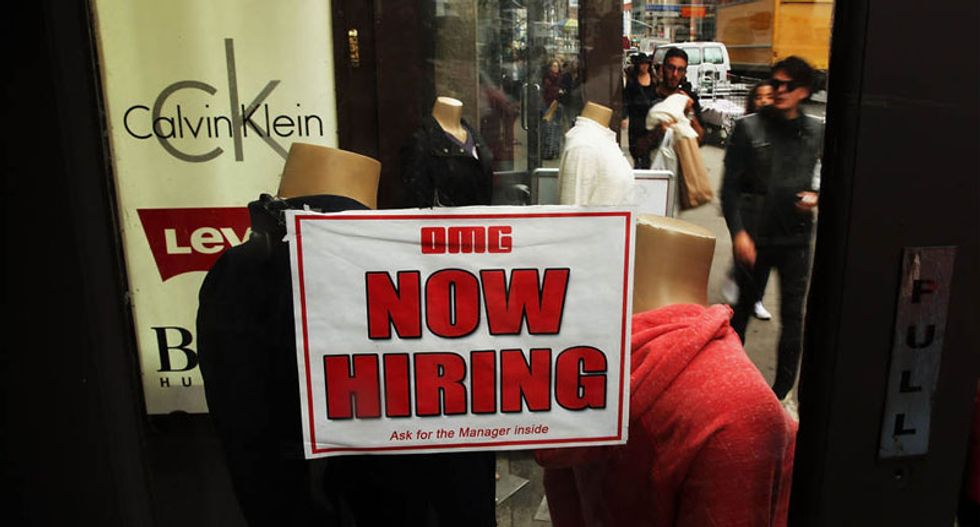 US employers have added jobs throughout 2021 as Covid-19 vaccines allow them to return normal operations, and even with the disappointing result in November have gained an average of 550,000 positions each month.

The economy remains short nearly four million jobs compared to the pre-pandemic level, but the data nonetheless contained signs of improvement in the labor market.

The number of unemployed people dropped 542,000 to 6.9 million, the report said, still higher than the pre-pandemic level of 5.7 million.

The number of people on temporary layoff, which hit 18 million in April 2020 when the pandemic disruptions were at their worst, dropped to 801,000, about where it was before Covid-19 hit the economy.

The unemployment rate for most racial groups declined in November, while the share of people employed or looking for a job -- which has been stagnant in recent months as many people opted not to work -- rose slightly.

Major industries saw modest gains last month, with professional and business services adding the most at 90,000 jobs, while manufacturing and construction each added 31,000.

September and October's payroll figures were revised slightly upward, but not enough to offset the miss in November payrolls.

And amid rising concerns that high inflation will take hold, the report said average hour earnings ticked up, gaining 4.8 percent over the last 12 months, though that was below the 6.2 percent year-on-year increase in consumer price inflation.