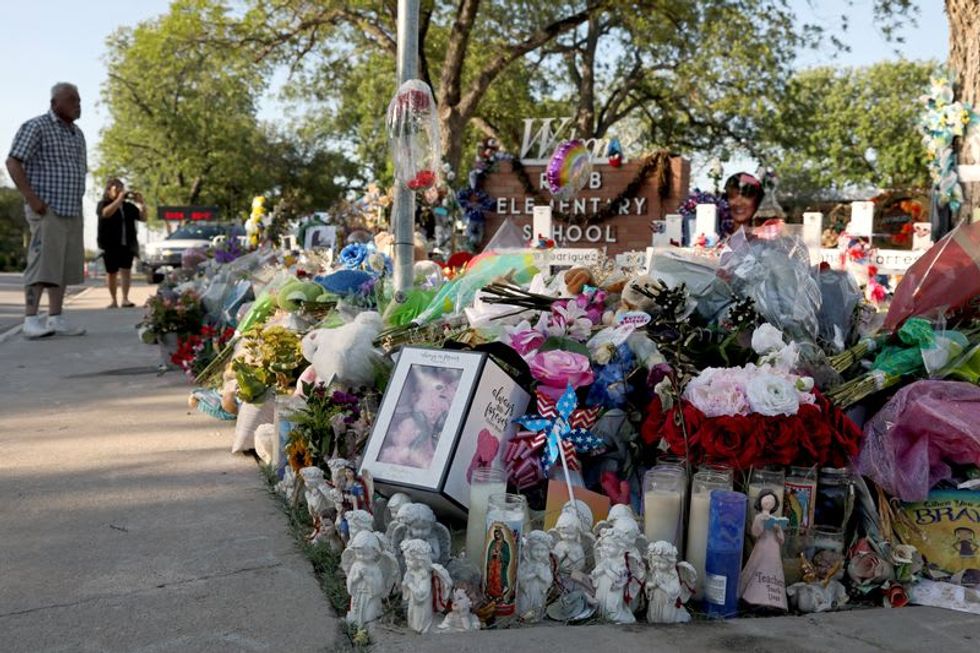 Uvalde's mayor is disputing a report about the May 24 school shooting that said a police officer awaiting a supervisor's permission to fire his rifle missed a chance to take out the shooter who went on to massacre 19 children and two teachers.

But the director of the Advanced Law Enforcement Rapid Response Training Center (ALERRT) stood by his organization's findings on Friday, saying they were based on multiple statements given to state investigators by the officer in question and corroborated by his supervising officer on the scene.

Don McLaughlin, the mayor of the Texas town of 16,000, did not disclose his source of information in his statement contesting the ALERRT report. McLaughlin did not respond to a Reuters request for him to elaborate.

The Texas Department of Public Safety commissioned ALERRT, of Texas State University, to conduct the review after the law enforcement response to the Uvalde shooting came under harsh criticism.

Public and official outrage has focused on the widely reported detail that as many as 19 officers waited more than an hour in a hallway outside the classrooms where the children were slaughtered before a U.S. Border Patrol-led tactical team finally made entry and killed the shooter.

In addition, according to the ALERRT report, an Uvalde police officer armed with an AR-15 rifle had a chance to take out the shooter on the school grounds from a distance of about 148 yards (135 meters) but held his fire while waiting for permission to shoot. As a result, he missed his chance as the suspect entered the school building.

The Uvalde mayor disputed that finding.

No Uvalde police officer saw the shooter before he entered the school on May 24, McLaughlin said in a statement.

"A Uvalde Police Department officer saw someone outside, but was unsure of who he saw and observed children in the area as well. Ultimately, it was a coach with children on the playground, not the shooter," the mayor asserted.

Pete Blair, the executive director of ALERRT, said the officer made multiple statements to Department of Public Safety investigators that he asked for permission to shoot the suspect, who was being pursued because he had already fired on a business across the street and entered school grounds.

The officer's version was corroborated by his supervisor, a sergeant at the scene who also gave a statement to state investigators, Blair said.

That sergeant was busy attempting to get citizens to clear the area, Blair said.

"That was the reason for his delay in responding to the request for permission," Blair said. "I've never heard anything about this gym coach before."

The report concluded that the officer would have been justified in firing on the suspect, but also said that "if the officer was not confident that he could both hit his target and of his backdrop if he missed, he should not have fired."

The officer was concerned an errant shot might penetrate the school wall and harm children, the report said.

The 26-page report was based on school video, video taken by others from outside the school, officer body cameras, radio logs, testimony from officers who had been at the scene, and statements from investigators, the training center said, adding that the report should not be considered definitive or final.

While much of the police response was recorded, the events disputed by the mayor so far have not been found on video, Blair said.