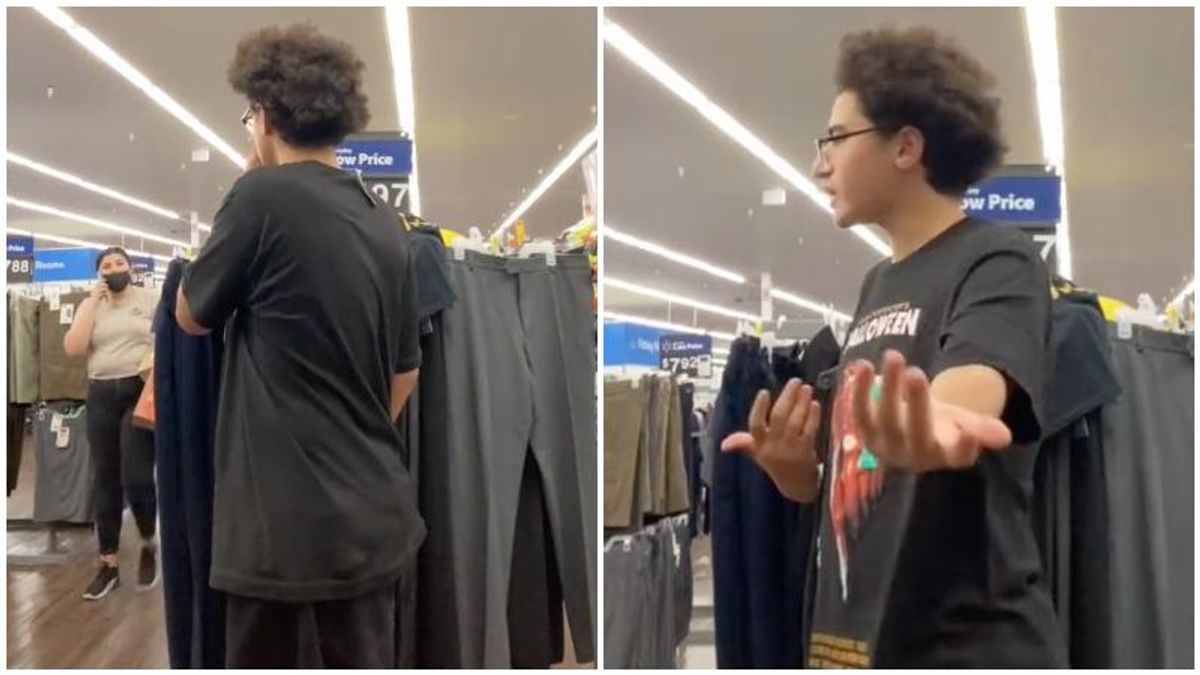 The video shows the boy filming himself trying on a shirt before the woman approaches him.

"Take that shirt off and put your shirt back on and get steppin'," the woman says.

"That's a nice shirt. Take it off, put your shirt back on and get out of my store," she added.

"What are you talking about? I'm not even trying to steal, I'm just trying it on," the boy responded.

"Really? Because that's a tag right there, 'extra large,'" the woman shoots back.