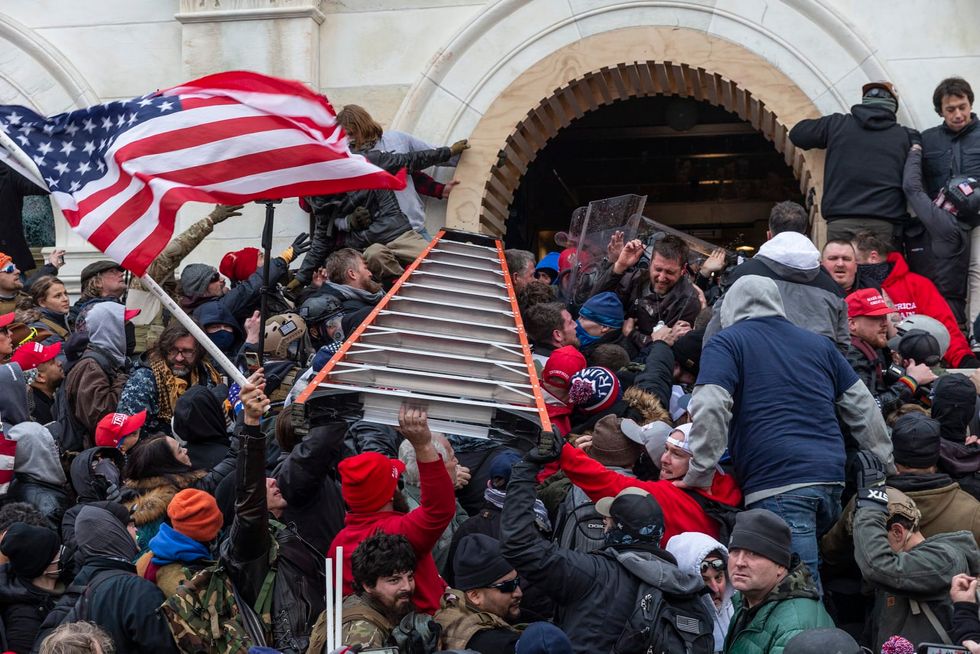 Rioters clash with police during the Jan. 6 insurrection at the U.S. Capitol in Washington, D.C.. - Lev Radin/ZUMAPRESS.com/TNS

The U.S. Capitol insurrection on Jan. 6 may have appeared to be the climax of a period of domestic civil unrest. But experts and government officials who have tracked the rise of violent domestic extremists over the past several years say the threat of more extremist-led violence will remain an on-going fact of American life. Brian Michael Jenkins, a senior advisor at the RAND Corp. think tank and an expert on terrorism, said Jan. 6 was a "pivotal point" for the anti-government radicals behind the assault. The next phase may be both more dangerous and harder to predict, he said. "We could well...