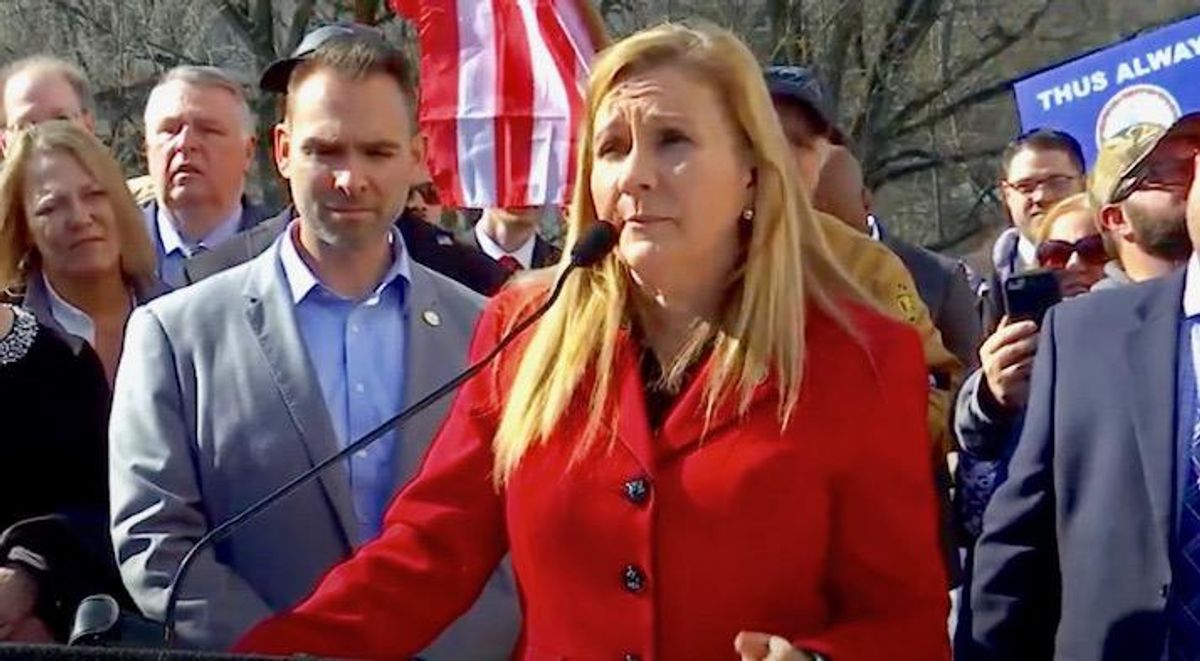 For many years, Virginia was a deep red state. Virginia went Republican in every presidential election from 1968-2004, and it came as a shocker when President Barack Obama, in 2008, became the first Democratic presidential nominee to carry the state since President Lyndon B. Johnson in 1964. But in 2021, Democrats control the governor's office and the state legislature in Virginia — and both of its U.S. senators, Mark Warner and Tim Kaine, are Democrats.

Journalist Jim Swift examines the state of the Virginia GOP in an article published by the conservative website The Bulwark this week, lamenting that the Virginia Republicans are responding to Democratic inroads by moving even more to the extreme right.

Swift notes that in Virginia, former Rep. Denver Riggleman was voted out of office via a GOP congressional primary in 2020 "for, among other things, officiating a gay wedding." And Virginia State Sen. Amanda Chase, he points out, is running for governor on a fringe platform that appeals to a very "Trumpy" and far-right "brand of crazy voter." Chase, according to Swift, "occupies an unsweet spot: MAGA enough to have a chance of winning a state primary but too kooky to win in the general" — and she has tirelessly promoted former President Donald Trump's false claims of widespread voter fraud.

"It's almost beyond parody that a party would go through this much self-inflicted pain and punish its supporters rather than acknowledge reality," Swift writes. "Joe Biden won, Virginia has a good election infrastructure, and the GOP loses here because its voters are more likely to nominate a loser than not…. Maybe the Virginia GOP needs to look inward about its practices and the sorts of candidates and voters it attracts."