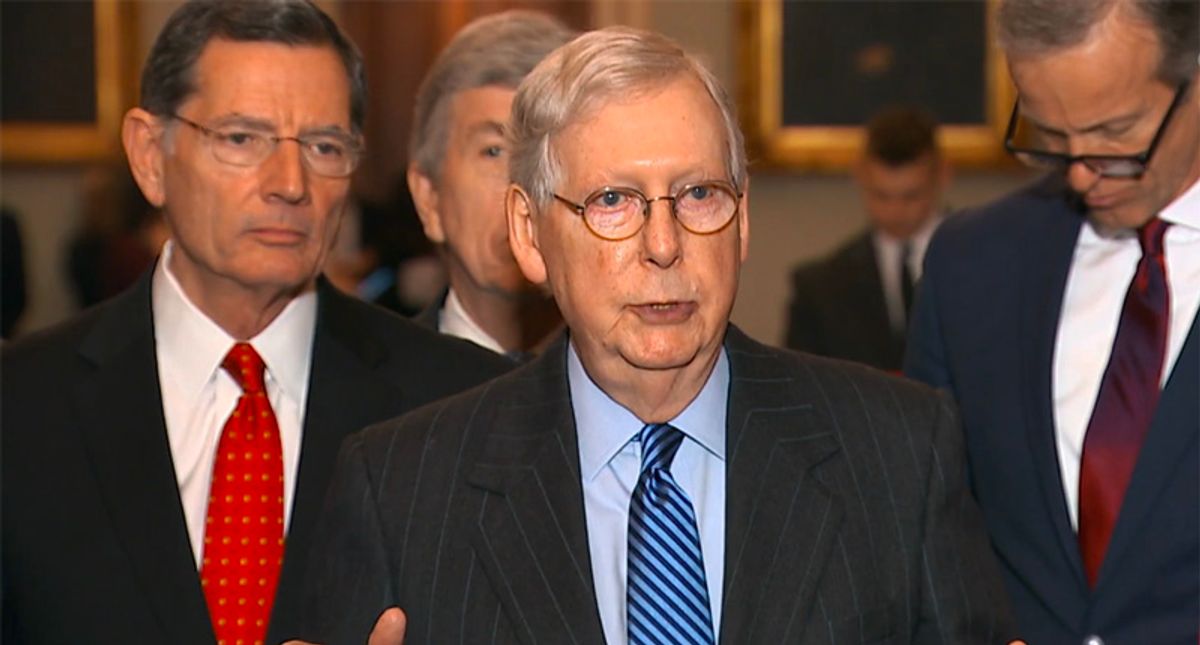 f Republicans have a majority in a state legislature in the U.S. — or even if they don't — chances are they are proposing some type of voter suppression bill in 2021. The obvious goal is to make it more difficult for Democrats to vote in the 2022 and 2024 elections. But journalist David Frum, a Never Trump conservative, considers this terrible policy on the part of Republicans —and in an article published by The Atlantic, Frum lays out "four specific ways that their voter suppression measures may backfire" and hurt Republicans more than Democrats.

Reason #1, according to Frum: "Voter suppression can countermobilize its targets."

A big problem with the Fox News promoted fear-- "(((globalists))) are replacing Republican-voting whites with mind-controlled immigrants"-- is that Trump's most dramatic losses in 2020 were recorded among white men. More at @theAtlantic https://t.co/soiacgxsqi
— David Frum (@davidfrum) April 13, 2021

Reason #2, Frum writes, is that "Republicans get discouraged too."

"Over the past 20 years," Frum observes, "Republicans have traded suburban voters for rural voters. They have lost ground among the college-educated and gained ground among voters who did not attend college. They have weakened among 40-somethings and gained among 70-somethings. The result of all those shifts is an electorate in which many of the voters most likely to be discouraged by voter suppression are Republicans, not Democrats."

Reason #3, according to Frum, is that "blatant voter suppression may galvanize the courts and Congress."

"The Republican action in the states has summoned a reaction at the federal level," Frum notes. "The House has already passed the most ambitious voting-rights legislation since 1965. The law faces obstacles in the Senate, including the risk of being filibustered. Thus far, the Democrats have not gathered the votes necessary to end the filibuster. Blatant voter suppression by Republican state legislatures is the one force that might change the minds of pro-filibuster Democrat senators."

Reason #4, Frum writes, is that "winning votes is better than suppressing them."

Pointing out that Republicans performed better than expected among Latinos in 2020, Frum argues, "Latino voters in urban areas, such as Greater Houston's Harris County, have faced some of the longest waits. Harris County is 44% Latino, and those voters rallied to the Republican Party in 2020…. Some of the groups most targeted by voter suppression are rapidly becoming more Republican. Republicans would be smarter to switch off the race-baiters on cable news, read the precinct reports, and do the solid work necessary to earn and secure votes from voters who are ready to vote Republican if only the party will allow them to vote at all."