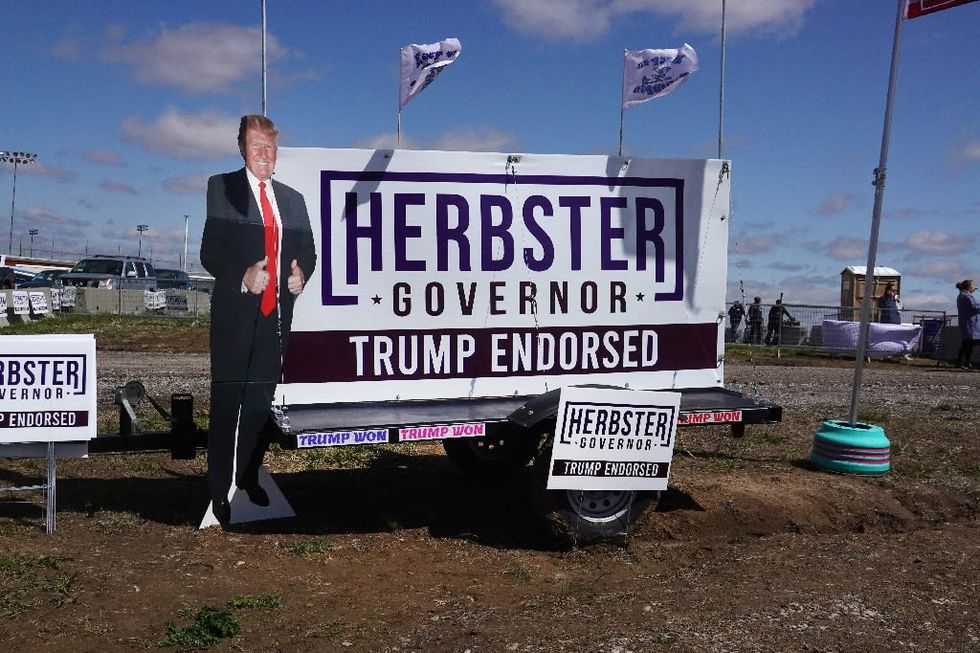 Multimillionarie Charles Herbster lost his bid to run for governor of Nebraska, despite Trump's endorsement, after sexual assault allegations were made against him

Washington (AFP) - West Virginia voters picked a Donald Trump acolyte Tuesday to represent them in November's midterm US elections, but the ex-president suffered defeat with his endorsed candidate losing in Nebraska, as his sway with Republicans is tested.

The results in the nominating contests, known in the United States as primaries, are being closely watched for signs of whether Trump can maintain his political grip on the Republican Party, and ahead of a potential 2024 presidential run.

In November, Republicans will seek to wrest control of Congress from Democrats, who currently narrowly control both chambers of the legislature.

Tuesday's races were a mixed bag for the brash real estate billionaire, who saw the first loss of a Trump-endorsed candidate in the 2022 season, coming on the heels of last week's high-profile primary win for his favored Republican Senate hopeful in Ohio.

Herbster, 67, denies the allegations but faced a backlash from conservatives in the state, where he was vying to be the next governor.

"He's been badly maligned, and it's a shame. That's why I came out here," the former president said of Herbster at a recent rally.

"I defend people when I know they're good. He's a good man."

Nebraska became the first place where a Trump candidate has been rejected, after the 55 candidates he endorsed in Texas, Indiana and Ohio all won their races or advanced to run-off elections.

McKinley had also supported the creation of a commission to investigate the 2021 US Capitol riot over which the former president was impeached.

The candidates -- both currently serving in the House of Representatives -- were forced into the tussle in a newly-drawn district after West Virginia lost a House seat. With 95 percent of precincts reporting, Mooney was ahead by about 19 percentage points.

In his victory speech, Mooney directly thanked Trump for supporting his campaign, in an apparent acknowledgement of the power of the former president's endorsement within the Republican base.

"When Donald Trump puts his mind to something, you better watch out," CNN quoted Mooney as saying.