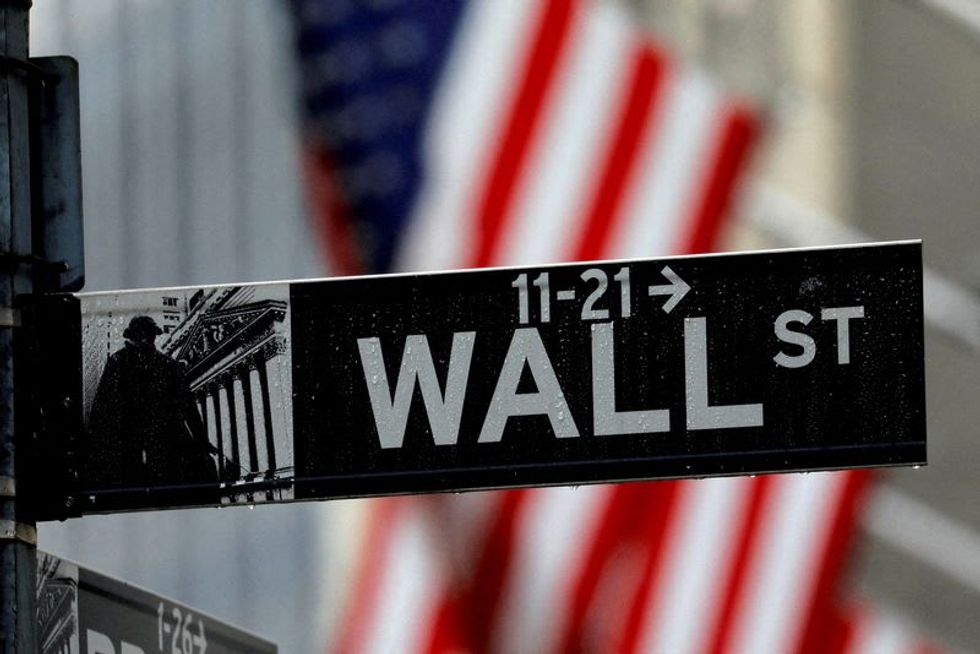 By Devik Jain and Sruthi Shankar

(Reuters) -The tech-heavy Nasdaq led a rally on Wall Street's main indexes on Thursday as signs of cooling consumer prices in October raised hopes that the Federal Reserve would soon start scaling down the size of interest-rate hikes.

The benchmark S&P 500 and the Nasdaq were set for their biggest percentage gain since April 2020 as the latest inflation data cheered investors worried about aggressive rise in borrowing costs hampering economic growth.

The Labor Department's data pointed to strongest signs yet that price pressures was starting to subside, with the annual CPI number below 8% for the first time in eight months.

Growing recession worries have pushed the three main indexes into bear market this year, with the S&P 500 down 17.8% and still on course for its worst annual performance since 2008.

"It's very good news for future Fed policy and indicates that what the Fed has been doing has been appropriate," said Mike Zigmont, head of trading and research at Harvest Volatility Management.

The inflation data prompted traders to adjust their rate hike bets, with odds of a 50-basis point rate hike in December jumping to 73.5% from 52% before the data was released.

San Francisco Fed President Mary Daly and Dallas Fed President Lorie Logan welcomed the "good news" on inflation, but said the fight with rising prices is far from over.

The CBOE volatility index, also known as Wall Street's fear gauge, fell to a near two-month low of 23.19 points.

Growth and technology-related stocks provided a big boost to the markets with heavyweights Microsoft Corp and Apple Inc adding at least 6.5% each as Treasury yields tumbled following the data. [US/]

Amazon.com Inc surged 12.2% after a media report said the e-commerce giant was reviewing unprofitable business units, including the devices unit, to cut costs.

"It would take a lot more in coming months for the Fed to make an actual dovish pivot rather than stick to its 'higher for longer' recent messaging," Yung-Yu Ma, chief investment strategist at BMO Wealth Management, said.

The PHLX Housing index gained 10.2% to its highest level in two months after getting battered this year on concerns about higher mortgage rates denting affordability.