'We have nothing but grief' says father of plane crash victim 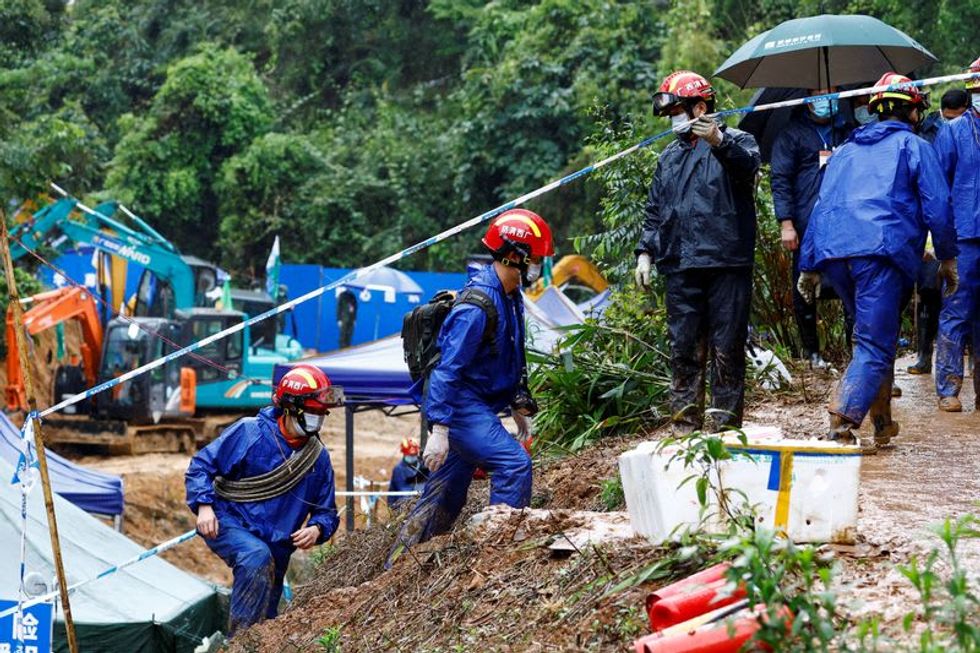 WUZHOU, China (Reuters) - As recovery crews sifted through the mud at the China Eastern Airlines crash site, dozens of relatives of those on board flight MU5735 remained nearby in an anxious wait for further news.

One was Qin Haitao who comes from neighbouring Hunan province.

Qin's daughter, Shujun, was a passenger on the flight on Monday that had been en-route from the southwestern inland city of Kunming to the southeastern coastal city of Guangzhou, when it plummeted to the ground in a rural part of the Guangxi region, leaving no known survivors.

Guangzhou-based migrant worker Shujun, 40, had travelled to Kunming to accompany her mother to see a specialist doctor she had heard was very good.

"We couldn't believe it and didn't dare say anything, for fear that my wife would not be able to bear it," Qin said, when describing the moment he heard the news of the crash on Monday.

"Our eyes were full of tears but we dared not weep. In fact, we knew the truth, but we kept it from her for a night, for half a day plus one night."

Qin said he initially received no official confirmation about his daughter's situation. But on Monday night his brother-in-law rushed to Guangzhou's Baiyun International Airport, where the flight was scheduled to arrive. There, he was shown a list of the passengers' names, which included Shujun's.

On Tuesday, Qin, his son and two others drove to Wuzhou and the next day visited the crash site accompanied by staff and volunteers from China Eastern.

"It's so painful," he said in a broken voice, holding back tears. "We have nothing but grief now…We are living in grief every day."

By 10am on Friday, 375 family members of the 132 people on board flight MU5735 had visited the crash site, officials said.

Rescue workers have reported finding human remains, pieces of personal belongings of the passengers and debris from the plane.

"Many family members were burning incense," Qin said, about the visit to the crash site.

"I prayed and put my daughter's name there. It happened to be her birthday that same day...so I said: 'Dad came to see you, my child. Happy birthday.'"

After that visit to the site, Qin has largely stayed at his hotel with his son, Shujun's elder brother and only sibling.

Shujun herself leaves behind a teenage daughter.

"We don't have any requests now," Qin said.

"Our only request is to find my daughter's body as soon as possible and bring her home."