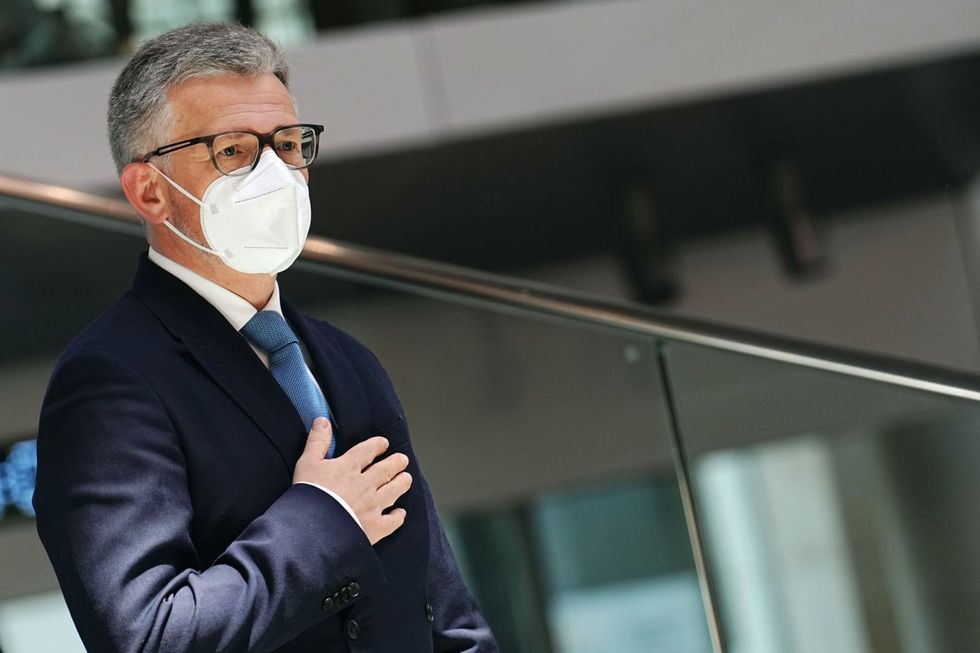 Ukraine's ambassador to Germany, Andrij Melnyk, watches the special session of the German Bundestag on the war in Ukraine from the gallery. Ukraine is calling on Germany to supply it with more modern weaponry, just days after the German government approved the direct delivery of anti-aircraft tanks to the Ukrainian military for the first time. Kay Nietfeld/dpa

Ukraine is calling on Germany to supply it with more modern weaponry, just days after the German government approved the direct delivery of anti-aircraft tanks to the Ukrainian military for the first time.

The Ukrainian ambassador to Germany, Andriy Melnyk, told the Bild am Sonntag newspaper that the Gepard anti-aircraft tanks are already 40 years old. To defeat Russia, "we need the most modern German weapons," he said.

What was needed, he said, was newer Leopard and Marder tanks as well as self-propelled howitzers "and much more."

Chancellor Olaf Scholz, he said, had been slow in his response to the Ukraine war, and compared him to his predecessor as chancellor.

"Olaf Scholz seems to act like Angela Merkel: first wait, observe and decide sometime later - or not. What is missing is imagination and courage."