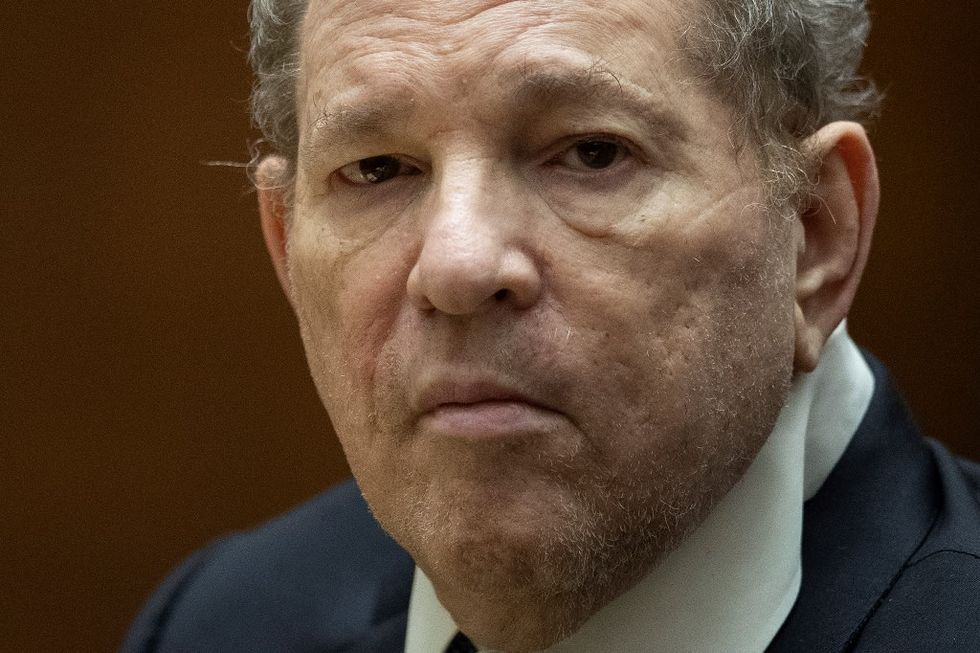 The 70-year-old "Pulp Fiction" producer was already serving 23 years in jail in New York when he was brought across the country last summer to face further sex crime charges in a city where he once forged lucrative film deals with A-listers and hoarded Oscars.

Jury selection will begin Monday at a downtown Los Angeles courthouse, where Weinstein has attended several pre-trial hearings, seated in a wheelchair and clad in brown prison clothes and a face mask.

He faces 11 felony charges including sexual battery by restraint, forcible rape and forcible oral copulation against women in Beverly Hills and Los Angeles hotels between 2004 and 2013, in a trial expected to last two months.

If convicted, Weinstein -- who has pleaded not guilty to all charges -- could be sentenced to 140 additional years behind bars.

Widespread sexual abuse and harassment allegations against Weinstein exploded in October 2017, and his conviction in New York in 2020 was a landmark in the #MeToo movement.

In June, he lost a bid to have that sex crimes conviction overturned. He has also been separately charged by British prosecutors with the 1996 indecent assault of a woman in London.

In total, nearly 90 women, including Angelina Jolie, Gwyneth Paltrow and Salma Hayek, have accused Weinstein of harassment or assault.

The statute of limitations has expired on further allegations of rape against Weinstein in Los Angeles as far back as 1977.

He says that all his sexual encounters were consensual, and his lawyer told reporters that the Los Angeles accusations "stem from many years ago" and cannot "be substantiated or corroborated by any forensic evidence" or "credible witnesses."

But for Weinstein's New York conviction, prosecutors presented no forensic evidence or third-party witness accounts, their case instead resting on asking the jury to believe the women.

Gloria Allred, who represents multiple Weinstein accusers, said it was important that alleged victims in Los Angeles "have their day in court."

Weinstein's hearing is one of four high-profile celebrity sex abuse trials starting this month, each stemming from allegations that emerged in the wake of the #MeToo movement.

Kevin Spacey appeared in a New York court Thursday to face a civil lawsuit brought by US actor Anthony Rapp, who has accused the actor of sexually assaulting him at a party in the 1980s, when he was 14.

And "Crash" director Paul Haggis faces a civil lawsuit in New York after being accused of raping publicist Haleigh Breest.

Next week also features the New York Film Festival world premiere of "She Said," a film about the 2017 newspaper investigation into Weinstein that sparked the demise of his movie empire.

Before the allegations against Weinstein emerged, the disgraced producer and his brother Bob were Hollywood's ultimate power players.

They co-founded Miramax Films, a distribution company named after their mother Miriam and father Max, in 1979. It was sold to Disney in 1993.

Their hits included 1998's "Shakespeare in Love," for which Weinstein shared a best picture Oscar. Over the years, Weinstein's films received more than 300 Oscar nominations and 81 statuettes.