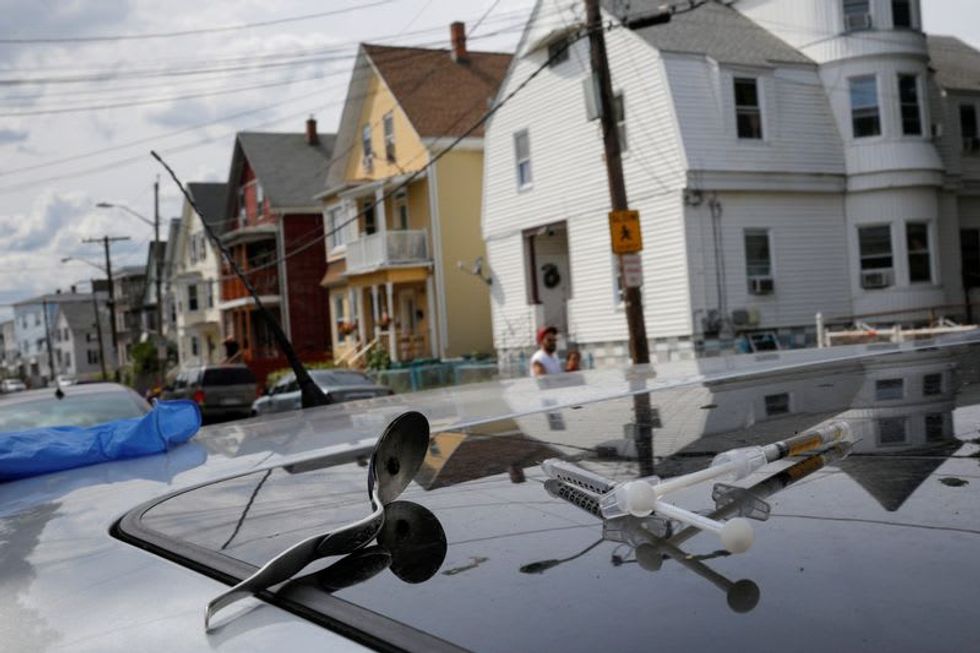 (Reuters) - The three largest U.S. drug distributors are facing trial on Monday in West Virginia in a lawsuit accusing them of fueling the opioid crisis that has resulted in 500,000 overdose deaths in the United States over two decades.

The suit claims that AmerisourceBergen Corp, McKesson Corp and Cardinal Health Inc ignored red flags that opioids were being diverted to illegal channels, flooding the state with hundreds of millions of highly addictive pills.

Huntington, a city in opioid-ravaged West Virginia, and Cabell County are expected to seek more than $1 billion to remedy the harms caused by opioids.

The distributors have said that they cannot be held liable for filling orders for drugs prescribed by doctors. They also have argued the plaintiffs' legal theory of public nuisance - more commonly used for damage to public goods like roads or water supply - does not apply to opioids.

"AmerisourceBergen is looking forward to sharing with the Court the facts about our role in the supply chain and our long-standing commitment to fulfilling our regulatory responsibilities and doing our part to combat the opioid crisis," AmerisourceBergen said in a statement.

McKesson and Cardinal declined to comment on the case.

The non-jury trial before U.S. District Judge David Faber in Charleston comes after Huntington and Cabell, along with other West Virginia towns and counties, opted out of a proposed $26 billion nationwide settlement with the three distributors and drugmaker Johnson & Johnson. That deal has not been finalized.

A verdict could help lay the groundwork for settlements in the sprawling nationwide litigation over the opioid crisis.

Opioids have resulted in the overdose deaths of nearly 500,000 people in the United States from 1999 to 2019, according to U.S. Centers for Disease Control and Prevention. West Virginia is among the hardest hit states, recording more opioid prescriptions and overdose deaths per capita than any other in 2018, according to data from the National Institutes of Health.

Next week's trial comes as nationwide opioid litigation picks up momentum after being stalled for a year by the COVID-19 pandemic.

More than 3,300 lawsuits by local governments nationwide are pending against opioid manufacturers, distributors and pharmacies. Many are consolidated before a federal judge in Ohio, who has designated some, including the Huntington case, for trial in hopes of encouraging a broader settlement.

The first trial following pandemic delays began earlier this month in a case brought by California counties against J&J and other drugmakers. Another is expected in New York in June.

The distributors nearly went to trial once before, against two Ohio counties in 2019, but ultimately settled for $215 million.