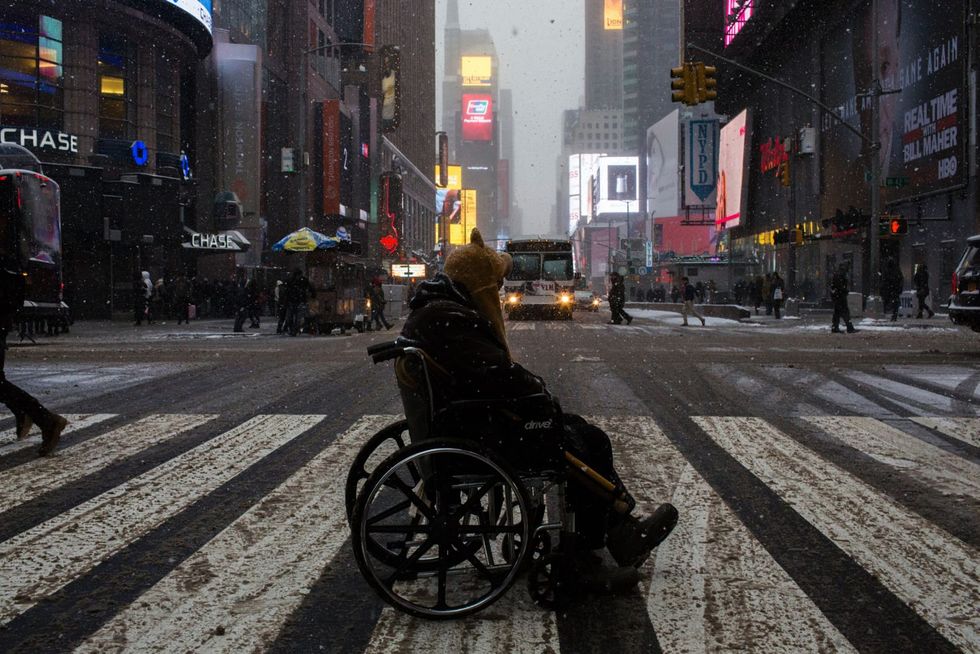 A man on a wheelchair crosses a street under a snowfall in Times Square during a winter storm on January 7, 2017 in New York. - Eduardo Munoz Alvarez/Getty Images North America/TNS

On a Sunday afternoon in May 2021, Patsy Ellison left her Knoxville, Tennessee, apartment in her motorized wheelchair and started to cross a nearby street, as she often did. She never made it. Even though there was a stop sign, a Dodge Ram pickup truck turning into the intersection struck and killed Ellison, who was 62. The driver told police he didn’t see her in the roadway. “We were just devastated. She was such a good person. It’s still hard,” her great-niece Destiny Dozard said in an interview with Stateline. “I have a 5-year-old, and he talks about it every day. He’s still traumatized.” D...