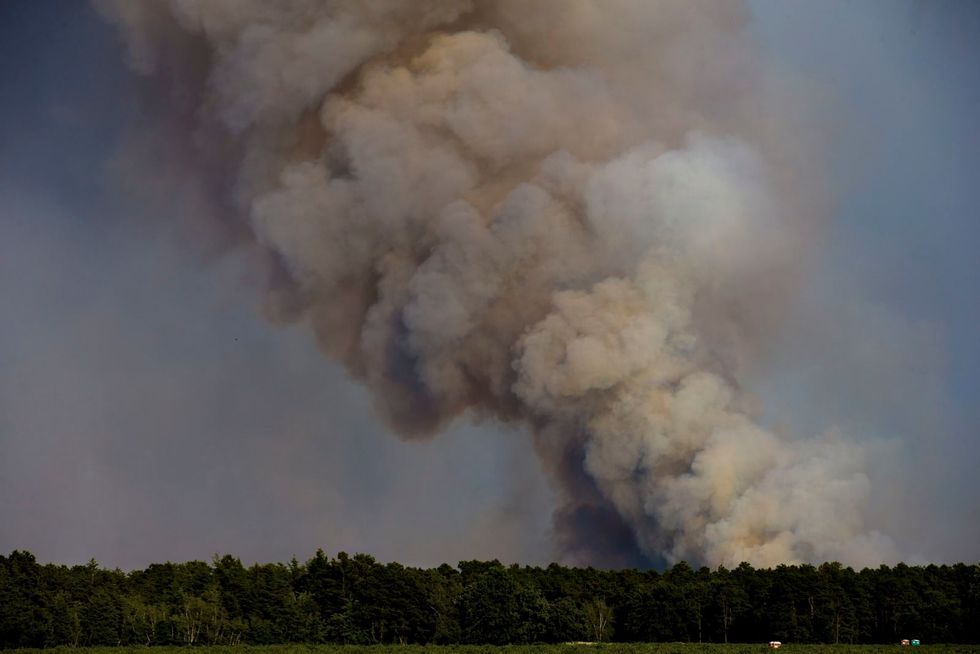 PHILADELPHIA — The Wharton State Forest wildfire, possibly the largest fire in New Jersey in 15 years, has consumed about 13,500 acres of the Pinelands, and is 85% contained, officials from the New Jersey Forest Fire Service said late Tuesday morning. Officials said they have ruled out a lightning strike as a cause, and are focusing on an “illegal unattended campfire.” Two major roads, Routes and 542, which had been closed for two days, are now open. However, Batsto Village, Atsion Recreation Area, Mullica River Campground and Lower Forge Campground all remain closed. Nearby hiking and biking ...