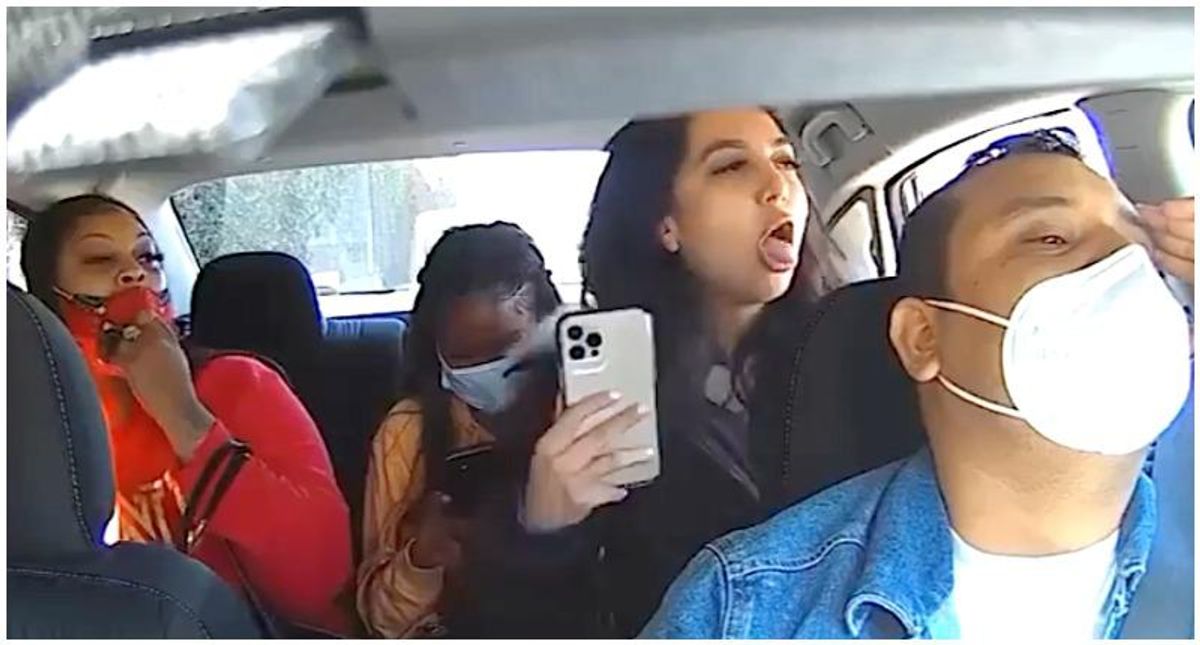 A California woman who assaulted and coughed on an Uber driver could face criminal charges now that police are investigating the incident.

A video that went viral this week shows three women in the backseat of an Uber ride, one of whom was not wearing a mask. According to reports, the maskless woman became enraged after the driver, Subhakar Khadka asked her to wear a mask. When Khadka pulled over and asked the women to exit the car, the maskless woman coughed on him and assaulted him.

Now, according to reports, police in Bayview, California, are investigating.

In July, Uber extended its mask requirement indefinitely and later started requiring some riders to "take a selfie as proof you are wearing a mask before your next Uber ride."

"We firmly believe that accountability is a two-way street. That's why we're expanding the same technology to riders, too," the company said in a blog post in September. "If a driver reports to us that a rider wasn't wearing a mask, the rider will be required to take a selfie with their face covered before they're able to take another trip with Uber."