Yoga instructor arrested for his involvement in the Capitol riot 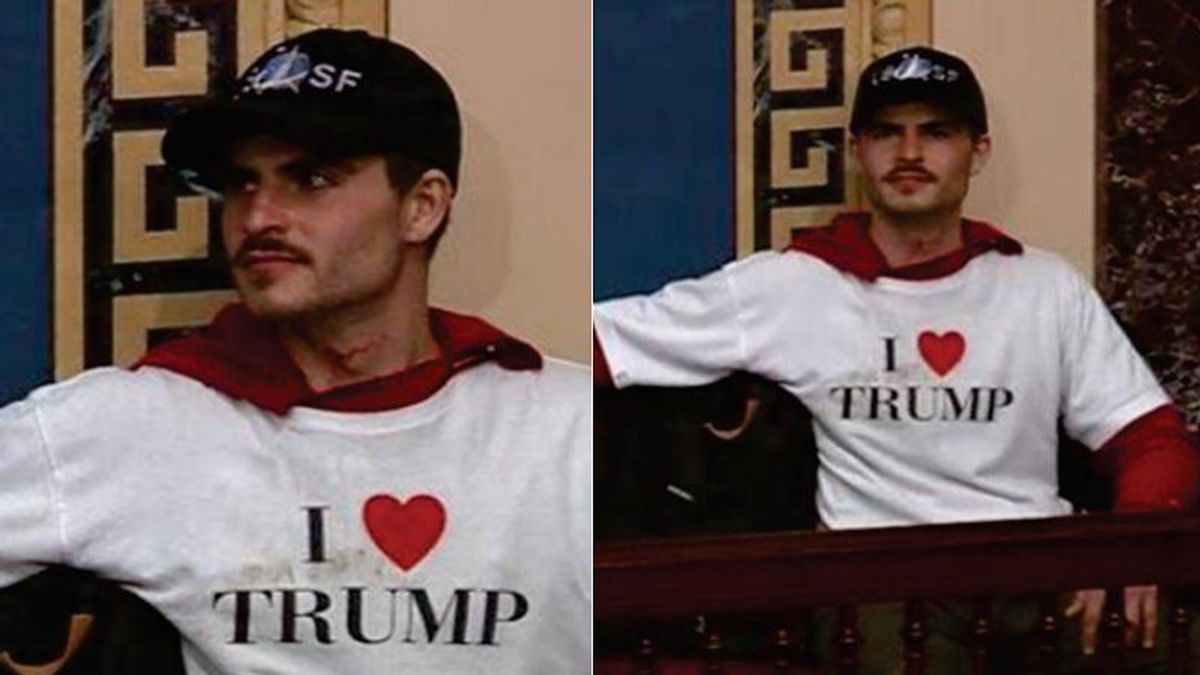 Noah Bacon was arrested Wednesday by the FBI for trespassing in the U.S. Senate chambers on January 6 after taking part in the rioters' effort to force their way past police in the Capitol building.

The charges against Bacon, 28, of Somerville, MA resemble those of the more than 500 people arrested for the riot: violent entry, disorderly conduct, obstruction of Congress and more. But Bacon isn't your everyday rioter: He would appear to be a yogi.

The arrest rioter appears to be the Noah S. Bacon who presents himself at "High Heart Meditation," where he exalts his would-be followers to "Breath In, Breath Out" and "Be in the Moment."

Unfortunately for Bacon, he was captured being in the moment of the Capitol riot in a video posted by the New Yorker magazine. That prompted a witness who knew Bacon to tip off the FBI, leading to his arrest.

The FBI complaint shows Bacon sitting illegally in the Senate chambers during the riot, wearing an "I Love Trump" T-shirt and a Space Force cap. The FBI alleges that Bacon, while not charged with striking any officers, did play a role in the rioters' violent entry into the Capitol Building:

"As rioters are trying to enter Capitol, Bacon locates a yellow 'Don't Tread on Me' flag on the floor, picks it up, covers a security camera above the door for approximately 8 seconds and then shoves or attempts to jam the flag into the door frame to force the door open," the complaint states. It also references this statement published by Bacon about U.S. Senators on his Instagram account on the day after the riot: 'The crime of a fraudulent election is complete. 93 to 6. 93 people are going to jail for Seditious Conspiracy and High Treason for certifying a fraudulent election..."Popcorn . . . Justice . . . People in for a surprise.'"

"Many around the world have given the analogy of many trails leading to the top of a mountain. That mountain exists inside of us as well as serves for a greater universal symbol. I believe in, and see continual evidence for, a shared human awareness that we express in unique ways, but that is the same at heart."