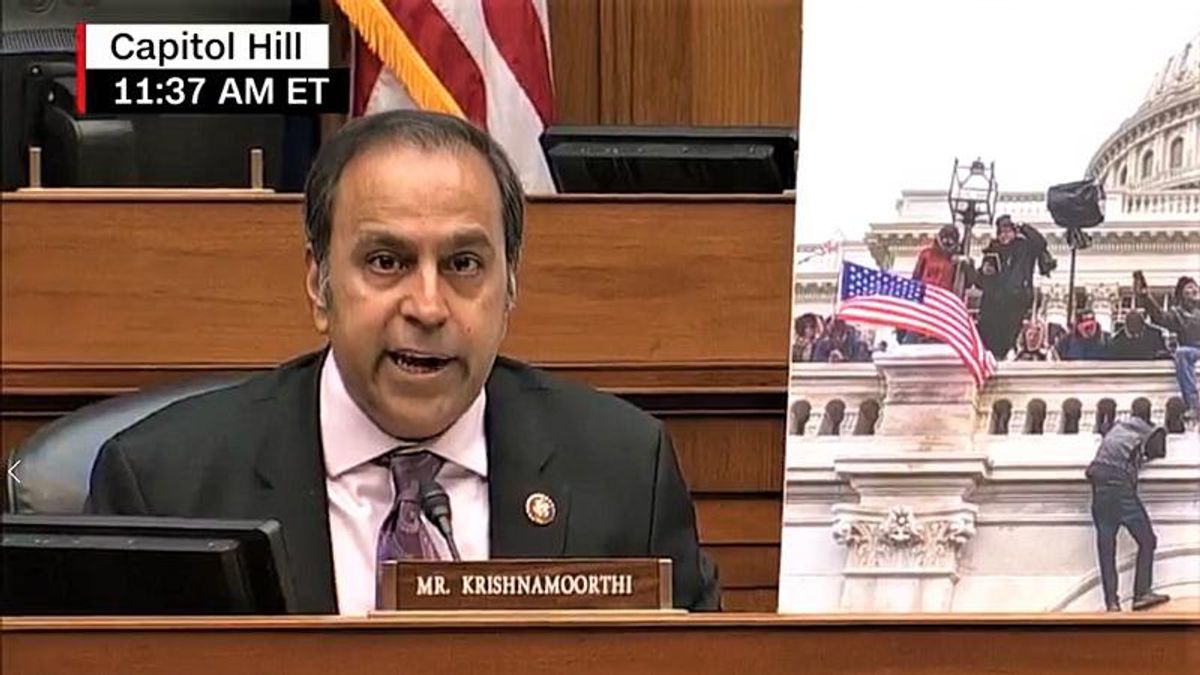 Rep. Raja Krishnamoorthi (D-IL) on Wednesday got into a heated exchange with former Trump acting Defense Secretary Christopher Miller over the response to the January 6th MAGA riots at the United States Capitol building.

During a hearing before the House Oversight Committee, Krishnamoorthi slammed Miller for taking no responsibility for the failure to quickly respond to the pro-Trump rioters who stormed the Capitol building just over five months ago.

In particular, Krishnamoorthi took issue with Miller's claims that he responded as quickly as possible to the riots as they were occurring -- and he showed a photograph of rioters laying siege to the Capitol as evidence that Miller had failed.

"I can assure you these pictures of mayhem and insurrection do not suggest anyone had their game together!" he said.

"[You] were indecisive while people were being injured, killed, while hundreds of rioters breached the Capitol and a nation was traumatized!" he charged.

"There were 8,000 badged and credentialed police officers on duty," Miller shot back. "The United States Armed Forces should only be used as a last resort."

"You were AWOL!" Krishnamoorthi yelled.